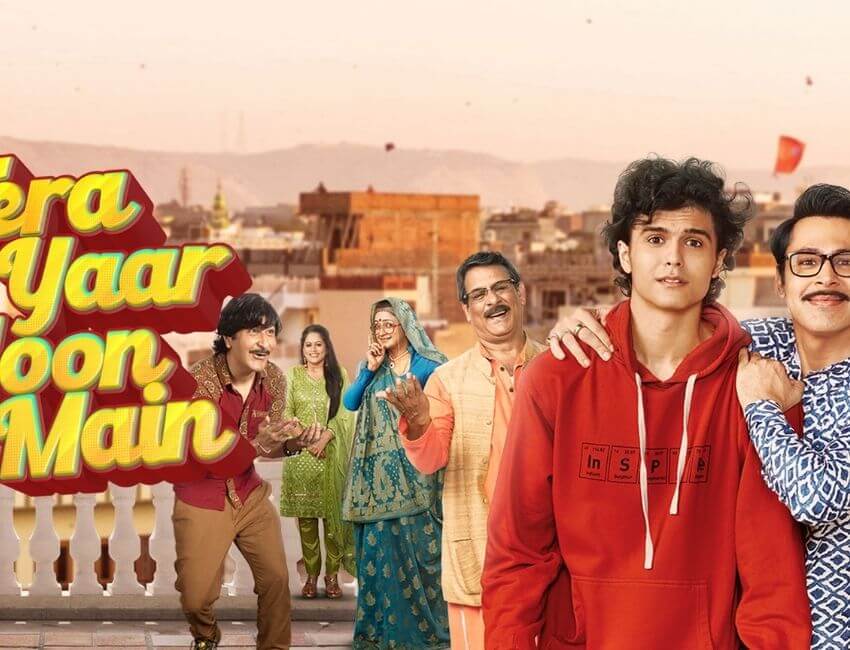 Capturing the true essence of slice of life, light-hearted comedy, Sony SAB’s Tera Yaar Hoon Main is set to send shock waves across its fans and viewers. Rajeev’s (Ssudeep Sahir) life is set to change after Daljeet’s (Sayantani Ghosh) entry as the duo will soon be married in court. But what is the reason behind it? The upcoming episodes will give the viewers a closer look into the Bagga family and the bitterness between both the Bansals’ and the Baggas’ for each other.
While Rishabh (Ansh Sinha) and Barry (Viraj Kapoor) get into a fight, Dadaji (Rajendra Chawla) and Daljeet’s conversation starts with a tiff where the duo take instant dislike of each other. Later in the day, Rajeev gets a suspicious call informing him about the kidnapping of Daljeet’s children. The kidnapper asks Daljeet and Rajeev to reach a hotel where it is revealed that trapping Rajeev and Daljeet in a hotel room was a scheme by Daljeet’s brother in law Shakti (Mohit Dagga) to prove in front of the police that Daljeet is having an affair with Rajeev.

Read Also : The best days are ahead for all of us.: Sharad Malhotra

Watch Also : Kamo Bua can make anyone laugh with her expressions 😂

While Shakti insinuates Daljeet of being a neglecting mother in the court the next day, he is shocked after Daljeet’s announces Rajeev being his husband. Shakti is in splits and yet skeptical of this turn of events. He is determined to find out the real truth behind Rajeev and Daljeet’s relationship.
Are Rajeev and Daljeet really married? What is the reason behind Rajeev’s rushed wedding with Daljeet?
Ssudeep Sahir, essaying the role of Rajeev said, “Rajeev was not planning to get married the second time after Janhvi but soon situations take a different turn for him. The upcoming storyline is really intriguing and I am sure it will raise several questions in viewer’s minds. I can say by the end of the week viewers will be thoroughly entertained with this recent turn of events. I am enjoying working with Sayantani. It has been easy to work together and I hope we continue doing great work ahead.”
Sayantani Ghosh, essaying the role of Daljeet said, “Daljeet’s brother in law will leave no stone unturned to take her kids away from her. Our viewers will witness Daljeet’s dilemma and fight against Shakti with of course Rajeev’s help. I enjoyed shooting for these episodes and the upcoming episodes will bring a new twist and revelation for the viewers. So, stay tuned.”