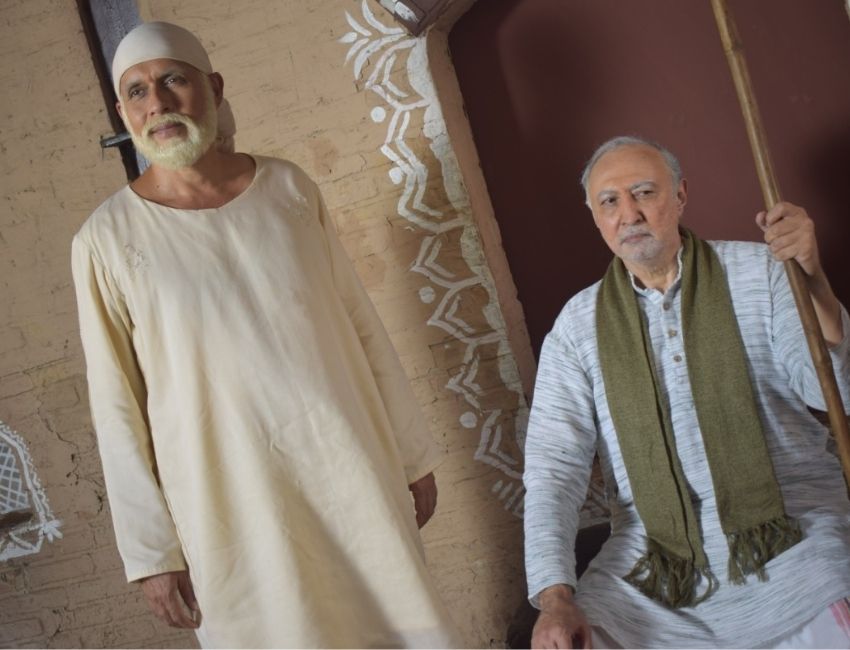 Actor Tushar Dalvi who essays the role of ‘Sai’ in Sony Entertainment Television’s acclaimed show ‘Mere Sai’ is undoubtedly one of the most talented and popular actors we have in the Indian Television industry. The actor commands quite a fan following across the country and within the industry. However, for the recent track on the show, huge TV star Anang Desai has been roped in to play a pivotal character. Both the actors have worked together before and share a great camaraderie.

Anang Desai will be essaying the character of ‘Ganjanan’ who was a dedicated family man, but because certain unfortunate incidents and circumstances he was alienated and turned away by the family. The love that could not get from his family made him bitter and aggressive and hence he wanted that love by force from Sai.

On having Anang Desai on board in Mere Sai, Tushar Dalvi gets excited and said, “So happy to have Anang Desai in Mere Sai. He needs no introduction. He has been a part of the TV industry for the longest time and has done over 80 television shows. Over the years, Anang sir has proven his bravery as an extraordinarily versatile actor. We have worked together before also and I am beyond glad to work with him again.”

He then goes on saying, that “It has been a wonderful experience of working with Anang Desai in past, so it became easy to shoot for our sequence. As soon as I got to know that he is essaying the role of Gajanan, I felt good because I know no one can do the role of Gajanan better than him.”