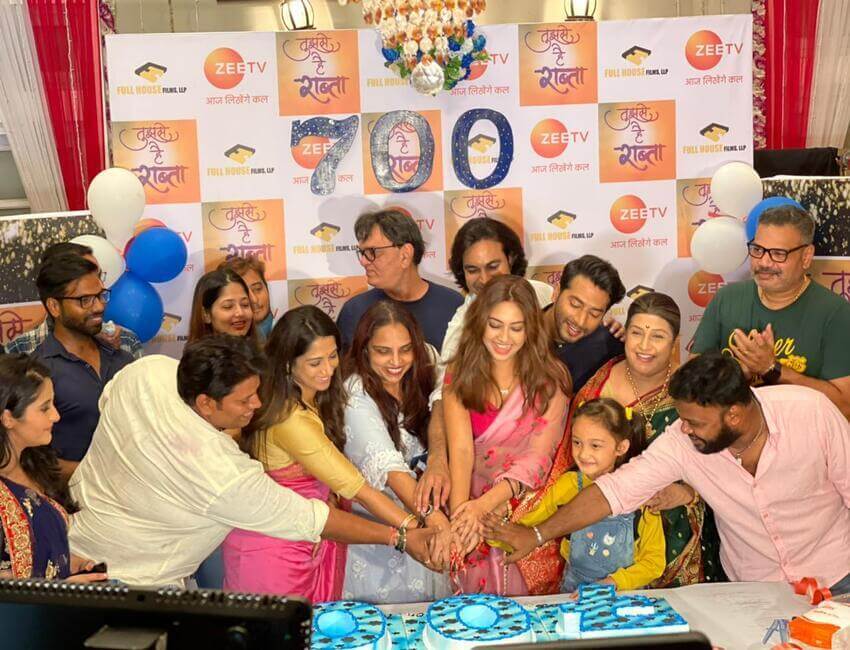 Sonali and Amir Jaffar‘s “Tujhse Hai Raabta” completed 700 successful episodes on Thursday (July 1).
Happy on achieving this new milestone, Sonali said, “700 episodes is a good landmark. We ensured that the story took a natural progression. When we started conceptualising Tujhse Hai Raabta and pitched the show to the channel we were told are you sure as everyone was making supernatural, mythological and Naagins which was the order of the day.”Amir continued, “But look where we are today. 700 episodes down and many more to go. We are happy how the show developed and the cast and crew have put in their 100 % in the show and the new milestone speaks for the show’s success.”

Praising the cast, Sonali confessed, “The story was very relatable, it was something which had a lot of drama. The characters look very authentic and the actors did full justice to their characters be it Savita, Reem or Sehban and even Shagun Pandey as the negative lead looked perfect.”What new can we expect from the show now? “New thing which we can expect from the show to reinvent itself. We would like to keep on entertaining the audiences,” she concluded.