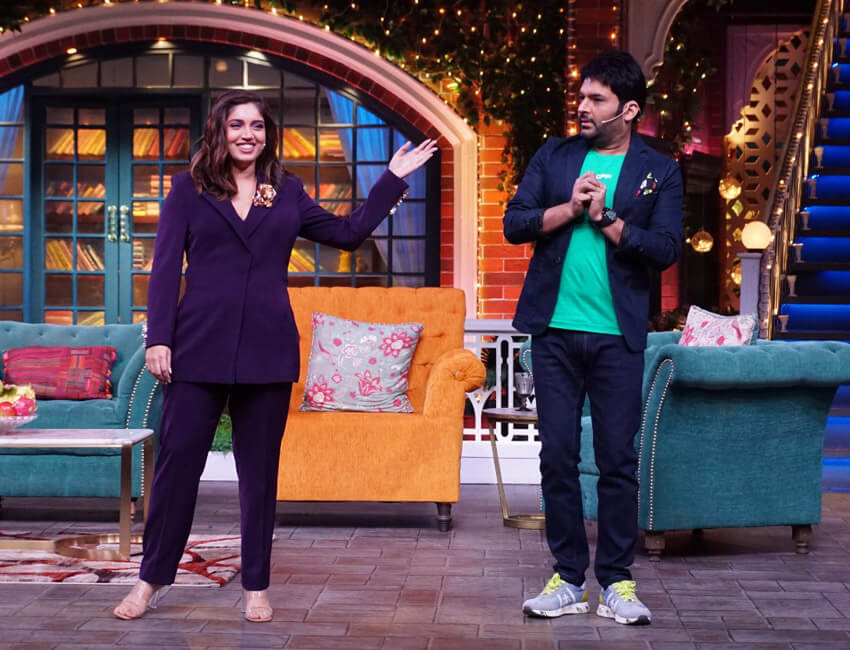 This weekend, Sony Entertainment Television’s most popular show The Kapil Sharma Show will be extending a warm welcome for the cast of Durgamati, the audience will get to witness fun banter between versatile actress Bhumi Pednekar, Multitalented Arshad Warsi, New face Karan Kapadia and the Gorgeous Mahie Gill along with our lovely Kapil Sharma, Krushna Abhishek, Kiku Sharda and the laughter queen Archana Puran Singh.

This weekend, the show will witness an evening filled with fun, entertainment, dance and some candid chat with the cast of Durgamati as they speaking about their career and the excitement for their film which will hit the screen on the 11th December. Kapil Sharma who is known for his quirky banter will be seen asking interesting questions in his signature style. This weekend, get ready to watch the show as it will keep the audience engaged with humorous acts and also compel the audience to spend quality time.

Also Read:- ‘Award shows should include films that are releasing on digital!’: Bhumi Pednekar