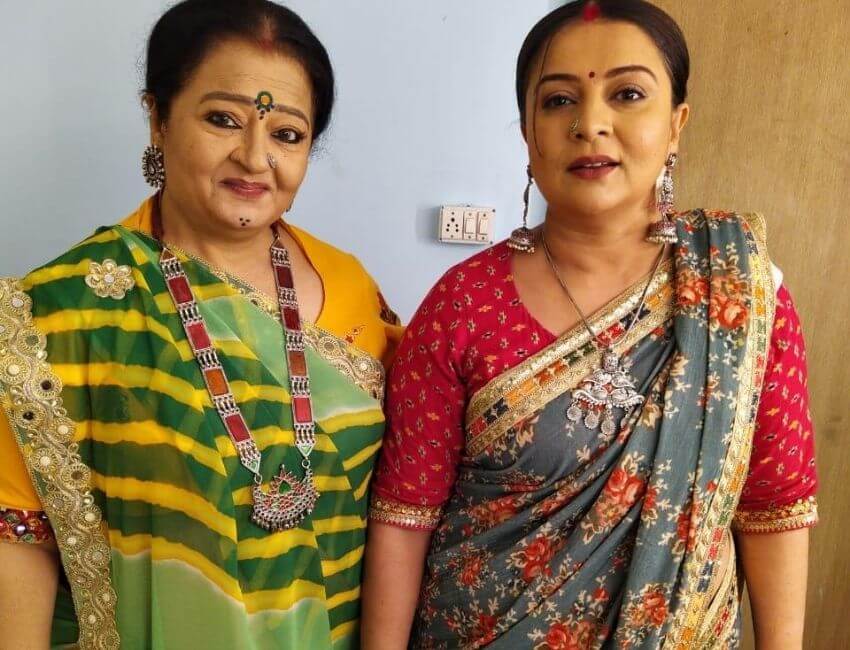 December is synonymous with celebrations and galore! It’s the season of hot chocolate, Christmas candies, merry vibes, and most importantly, gifts. Hence, one of the most exhilarating traditions in the run-up to Christmas is – Secret Santa. Secret Santa’ is for all the folks who love receiving and giving presents.

Recently, on sets of Sony Entertainment Television’s show, Indiawaali Maa, the actors decided to keep up the joyous tradition and indulge in a game of Secret Santa. However, the highlight of the game happened to be Suchita Trivedi’s gift to her co-star and long time friend Apara Mehta. Being Apara’ secret santa, Suchita thoughtfully gifted her a rather beautiful Gujarati handloom sareee, knowing Apara ji love for authentic handloom fabrics and sarees. Even in her daily life and on the show, Apara Mehta is seen in her classic look- wearing gorgeous handloom sarees.

Read Also : Kaku and Hasmukh’s love in their age reminds of Amitabh Bachhan and Hema Malini in Baghban : Akshay Mhatre

Sharing her excitement on the same, Suchita said, “Secret Santa is not just about giving presents to people, it’s also about being generous and kind, it’s about carving a smile across somebody’s face. We all know Apara ji’s love for Gujarati handicrafts, so it was befitting that I gifted her something related to that. While I had to search extensively to find the perfect sari for her, the outcome was well worth it. She was beyond elated to see her gift and I can’t wait to see her adorn it. Apara ji and I go way back, and this is just my small token of appreciation and love for her friendship over the years.”

The current track in the show is all about Kaku’s effort in reuniting Rohan and Cheenu. In the pursuit of the same, she is supported by her maasi ‘Kesar Ba’ essayed by Apara Mehta and her husband ‘Hasmukh’ essayed by ace actor Nitesh Pandey. Will their combined efforts bring together the two love birds?