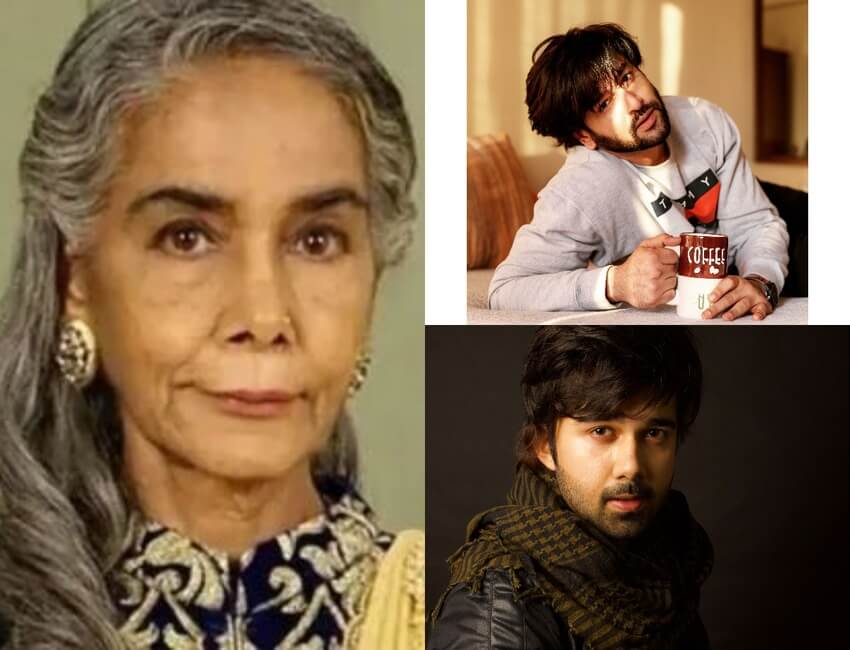 As the world bid adieu to Surekha Sikri, “Balika Vadhu” stars Shashank Vyas and Avinash Mukherjee fondly remembered working with the talented actor, who unknowingly taught the two of them key lessons about acting, which they follow till date.

Surekha died following a cardiac arrest at a hospital in suburban Mumbai on Friday morning at the age of 75. The three-time National Award-winning actor may have enthralled the audience with her various roles however one of her best-loved performances is from the popular daily show “Balika Vadhu”. Surekha played the role of matriarch Kalyanidevi more popularly known as Dadisa. The Colors channel show, set in a small town in Rajasthan, highlighted the issue of child marriage.

Touted to be one of the longest-running shows on television, actor Shashank Vyas entered “Balika Vadhu” after it went for a leap. The actor, who played the role of grown-up Jagdish alias Jagya, referred to Surekha as a legend and an institution of acting. “Surekha ji was an institution herself. She was a legend, a natural actress, full of life, positivity, and lived life on her own terms. Maybe I must have done something good in my life, that I got a chance to work with her. I learnt a lot in those five years while working with her on the show,” he says. Echoing similar views, actor Avinash Mukherjee, who essayed the part of young Jagya, in the show, says Surekha was an actor par excellence and he was enamoured with her honesty and dedication towards her craft.

“What I remember mostly about Surekha ji is her discipline. I remember, she would never read the script in English, as the pronunciations of certain words would change. So she used to come to the set every morning, lock her room, and write each and every dialogue in Hindi and then would read from there. That’s something I learnt from her and is a practice I follow even today,” Avinash says. Like Shashank, Avinash too says he learnt a lot from Surekha merely by observing her.“She is someone I have learnt the most from, and she is truly one of the greatest actors. Every emotion she ever portrayed onscreen has come across as honest to the core,” Avinash adds. Shashank says his relationship with Surekha went beyond work as the two would often chat for hours on various things.

“We both shared a very close bond. I had met her to check on her health, when we sat and spoke for two hours. I will miss her,” a teary-eyed Shashank says. Off-camera, Shashank says Surekha, was a jovial person with a great sense of humour. While Avinash recalls how Surekha would plant a kiss on his cheek and forehead every day. “She loved me a lot. Every day she used to kiss me on my cheek and forehead on the set, and I am just too disheartened right now. May her soul rest in peace,” he says. The demise of Surekha has left a dent in the world of art and cinema, which may not be filled by anyone, however her work, like Shashank and Avinash said, will continue to inspire generations of actors.