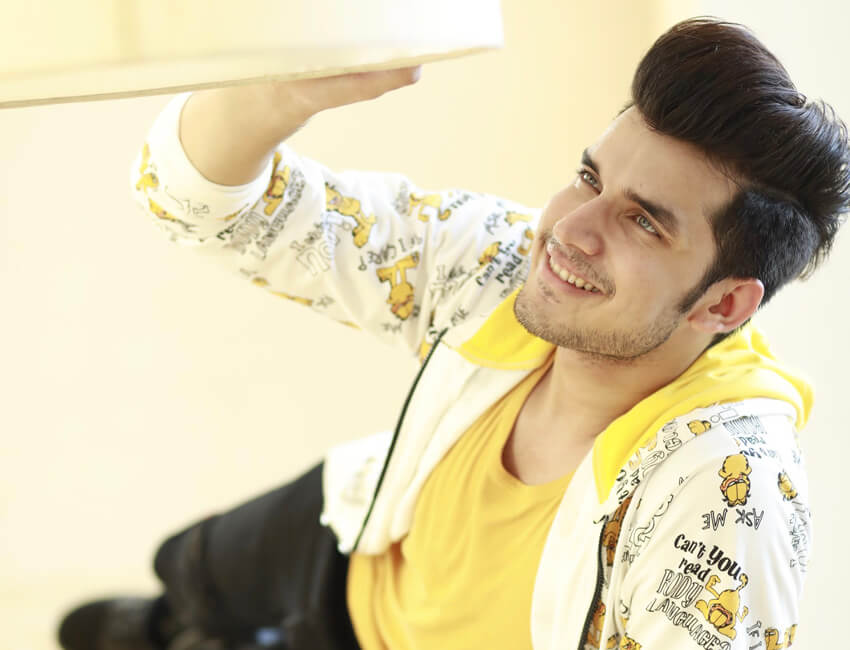 Paras Kalnawat quickly became the audience’s sweetheart with his portrayal of Samar Shah in Rajan Shahi’s “Anupamaa“. He plays the good guy, the “aadarsh beta”, the one who can’t stand tears in his mother’s eyes, he is a happy-go-lucky guy and nothing can trouble him except his mother’s sad face. He revealed that it was the storyline that made him take up the show, and accepted that his on-screen character has given him a new identity.

“When I heard the story I was like I have to do this show, even though the main character would be my mother. I was doing a web series then and from there coming back to TV was the right decision I took because the show is too good. And the love I am getting from the people because I am playing that ‘pyara bachcha’, so, wherever I go, even if I am wearing a mask people recognise me and tell me that they want their son to be like me. I feel great that people recognise me as Samar, it has given me a new identity,” he said.

The new episodes will be full of revelations and confrontations as the family will get to know about Vanraj and Kavya’s affair. The young actor said that the audience will see Samar in a new light in the show.

Sharing tidbits about the latest development in the show, he said, “There are huge changes that the audience will see in Samar’s character. When Samar will get to know about his father’s affair with Kavya, and that it was kept hidden from him by Nandini, people will get to see a new side of Samar. They will see that a happy-go-lucky kind of guy like him can speak up too for his mother and for what’s right.”

The “Ishq Aaj Kal” actor also shared that the audience, who was waiting to see Anupamaa’s reaction to Vanraj and Kavya’s affair, will get all their answers. He said, “The current sequence is going very well and it will change the whole storyline. The audience will get their answer now. It’s going to be an amazing track and I am sure people will love it.”

He also spoke about his bond with his on-screen mother Rupali Ganguly, whom he calls mummy even off-camera, and said, “In the beginning, I used to call her ma’am. She has been my idol since the ‘Sarabhai vs Sarabhai’ days and now playing her son in ‘Anupamaa’ is a great opportunity for me. But then my bond became so strong with her that I feel like calling her mummy always. And even she told me that don’t call me ma’am, call me mummy.”

“She treats me exactly like her son, whatever she buys for her son Rudransh, she gets it for me too. I am very close to her and when I have an off I always call her and ask her if she wants anything, because she doesn’t get time. So we do share that kind of bond now,” Paras signed off.