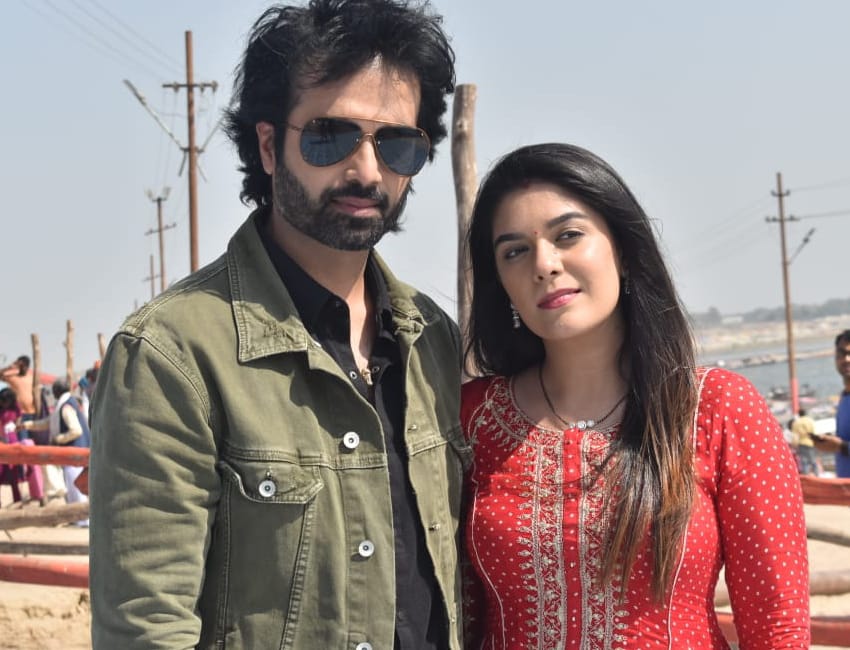 Rajan Shahi is known to bring the best and most relatable stories on the small screen. After giving the audience a brilliant show like “Anupamaa“, the ace producer is bringing the second season of the popular show “Mann Ki Awaaz Pratigya 2” on the small screen. The cast and crew recently flew to Prayagraj to shoot for the outdoor schedule of the show.

He said, “After ‘Anupamaa’ we will be producing ‘Mann Ki Awaaz Pratigya’ (season 2) under the banner of Director’s Kut Production. The first season had become a landmark show, which was created by Pearl Grey”

Praising the enthusiasm and dedication of the cast, Pooja Gor, Arhaan Behll, Anupam Shyam, among others, the ace producer said that he is happy to be part of this show. He further said, “It is great interacting with the entire cast of ‘…Pratigya’ (season 1) The energy of the entire cast is high and everyone is very excited to take forward their show in season 2 as there will be a lot of expectations. DKP in collaboration with Pearl will retain all the best of what worked in season 1, but season 2 will also have surprise packages of new relevance, the story, and also a fresh cast which is being added to the already great, remarkable, and talented cast of season 1.”

Not To Miss :- RUBINA DILAIK SHARES A CUTE VIDEO ON INSTA

“There is going to be a great amalgamation of the previous cast and fresh cast. And I think as season 1 was known for its brilliant writing and performances and creating a huge impact amongst the audiences, so we are working hard towards creating a new relevance for season 2. Right now we are at the Prayagraj and we are commencing the outdoor shoot and will soon be coming to Mumbai to start the second leg of the shoot,” Rajan signed off. The show would air on Star Bharat.

Must Watch :- CHECK OUT THE BTS FUN FROM THE SETS OF ANUPAMAA