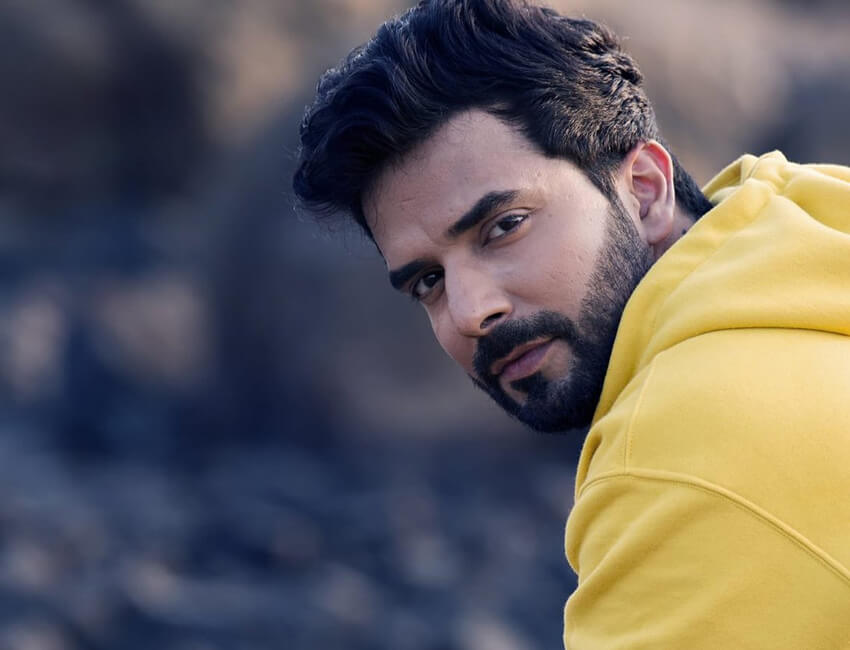 Actor Manit Joura is currently seen playing the role of Harsh Shashtri in “Prem Bandhan“. The actor revealed that once he takes up a role, he starts living the character, and said, “For me, once I start the journey of an actor, I live the character every day. It’s not that once I pack up at 9 p.m. and Harsh is switched off. I can’t do that.”

“I take my character home, and it’s not intentional. There are traits and energy of the character which goes with you. I have realised that every character that you play gives you a lot and also takes away a lot from you. But I try to take whatever good I can take from my character,” he added.

“Prem Bandhan“, produced by Balaji Telefilms, went on-air on November 30 on Dangal TV. When asked what made Manit say ‘yes’ to the show, he said, “I didn’t say yes to the show, the show said yes to me after a series of look test, mock shoots, and auditions, but I am happy that I am getting to play the leading man in Balaji Telefilms’ show. I am also happy that the audience is liking my character and the story.”

Also Read:- ‘I was bullied a lot as a kid’ – Actor Tarun Khanna

Talking about his character, he said, “I am playing the role of Harsh Shastri, an IT mastermind, who believes in giving employment to everyone around and building businesses and empires. He comes from a very influential background in Bihar. I can’t say if he is an ideal man, or he is a bad boy, he is a mix of everything and as an actor, he pushes me out of my comfort zone. My character needs variety and range to play and it makes me happy as an actor. It’s a love story that will make you cry but will also teach you something.”

Asked if he relates to the actor in any way, the handsome actor said, “I don’t think it’s important for me to relate to the character initially, but it was important for the makers to relate me with the character, like how much of Harsh they see in me. When I read the character I could easily relate to it, I don’t know why, but I did. I guess when you get a character there are some character traits that you already have, and of course, there are some things which are not similar too, and as an actor, it is my responsibility to fill up those dissimilarities.”

“I don’t relate to Harsh because I am not eccentric like him, and it’s a very challenging character for me to play. I just hope that I keep playing it well. As far as similarities are concerned, both Manit and Harsh respect women and elders,” he added.

Manit has worked with Balaji in TV shows like “Kumkum Bhagya” and “Kundali Bhagya” and web series like “The Test Case” and “Baarish“. He said working with Balaji again is like a homecoming for him, and added, “I have been associated with them for a long time. I am happy, grateful, and privileged to work with them again. It’s a very gratifying experience. Working again with the people you already know, you feel like taking the extra mile because of the comfortable environment and because you love them. And I feel it’s a team effort, and if that team is your own and loves you, what more can you ask for.”

“Also, I feel that if I start showing any symptoms then it’s my responsibility to get myself checked before I show up on the set because as an actor it’s my responsibility. When I am on the set I am going to meet a lot of people, so it’s my responsibility that I don’t risk their lives. Fortunately, there is proper decorum being followed on the set, people check the temperature, sanitisation happens regularly and people wear masks. Makers are ensuring that they call the actors only after a scene has been set up so that it doesn’t become crowded. I think people should follow and ask others also to follow the rules and nobody should take it otherwise,” Manit signed off.