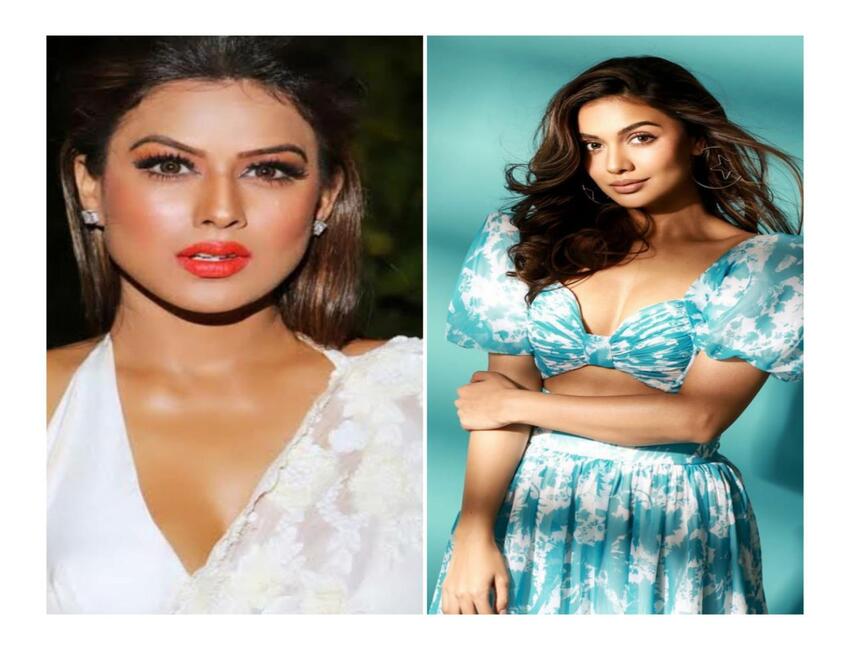 The craziest show of all BIGG BOSS OTT has now taken a U turn. As much as fans are crazy about this show they are loving the show to the core. Hosted by Karan Johar this year’s bigg boss has left a huge impact for various reasons. Firstly the show is aired on VOOT as an ott special and also because it had a bang on steamy start.

After all the fights and quarrels the show has taken a peaceful pace and the participants were just taking a little break from all the fights and quarrel and here was bigg boss dropping another hot bomb on the house. The house this morning welcomed none other than the very gorgeous Nia Sharma. After her wild card entry in the house the participants were in awe and were surprised to finally see some one from the outside world apart from the fellow contestants in the house.

As soon as Nia entered the house everyone wanted to desperately know what is happening in the real world and the conversations of Nia with the housemates made it very clear that she found Divya’s game supremely strong. Nonetheless Nia also mentioned that given a chance she would love to make a connection with divya. She even mentioned to Pratik that Divya is playing dignified game and she knows what to do when. Where even pratik seemed surprised hence he even had a thought to change his connection to Divya.

Surely an emergence of excitement for Divya Agarwal fans to see how well she has been performing in the house despite of the uncouth behaviour and one sided wars. Divya never gave up and always gave it back in the face. Evidently if the two paired up, would definitely make a great team. We are looking forward to see what’s happening in the house. Excited much?