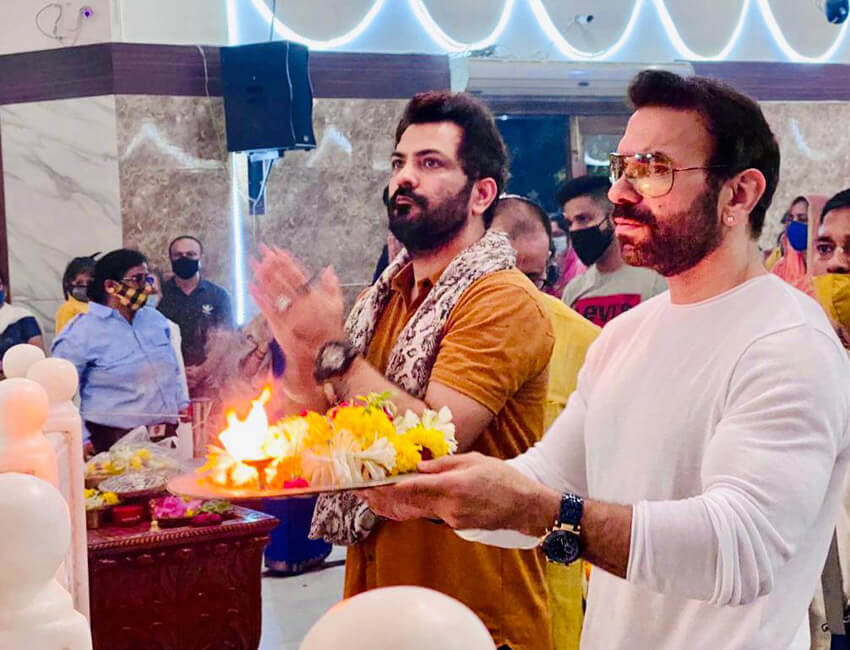 “Bigg Boss” season 10 contestant Manu Punjabi has entered season 14 of the reality show as a “challenger”. His good friend, actor-producer, Rohit Choudhary is on cloud-nine and wants his friend to come home with the trophy. He also said that the best part about the ex-contestant is that he reacts according to situations.

“I am really happy that my friend Manu Punjabi has entered the show. I consider myself a big fan of ‘Bigg Boss’, but Manu is a bigger fan than me. It’s not easy to watch every episode and review it within half an hour, and he does that without fail. I was sure that he would win season 10, but unfortunately, his mother passed away and he had to come out of the show, and when he joined back Manveer (Gurjar) had gained more followers. But I think even though he did not win the show, he won people’s hearts. Manu lives and breathes ‘Bigg Boss’, so I see him as a sure shot winner, nothing can stop him this time,” he said.

“Manu doesn’t have a game plan, he reacts according to the situation and that’s the best part about him. He won’t let anyone get into arguments or discussions. When it comes to using his brain or his strength, he will defeat all of them, not because he is strong, but because he is very smart,” Rohit added.

Also Watch:- Who will Rahul Mahajan choose his next capatain, Eijaz Khan or Manu Punjabi? Comment down your views!

He also revealed that when he got to know about Manu’s entry in the show, he had asked him to watch out for Rahul Vaidya, but was quite disappointed when the latter left the show voluntarily.

“When Manu was entering the show I had told him that only Rahul Vaidya can give you a tough fight. His exit was quite disappointing because I believed he had the ability to win the show. And I just want to say it’s very rare that people get a chance to go inside the ‘Bigg Boss’ house, so he should have stayed. But it was his decision, he was not feeling well, so there’s not much left to be said,” he said.

Rohit also confessed that he was not in favour of getting ex-contestants in the show, but felt that the show lacked the much-needed spice and the ex-contestants can give that.

“I was initially not in favour of getting the ex-contestants back again, because I feel India is a country full of talent, and the creative team of Colors is so good, they should have searched for people fit for ‘Bigg Boss’. But having said that, I think this season was quite dull, so it was the right decision to bring the ex-contestants back. All these celebrities who have come back excel in their respective games and they will definitely give the show the much-needed drama, entertainment, and spice,” he said.

Also Read:- A twist in the tale, a break in the journey, final destination – a mighty House #BiggBoss13

“I think this show was really dull. Earlier there were seniors and then these ex-contestants were brought in because the present contestants were not doing anything at all. It was not at all entertaining,” Rohit concluded.