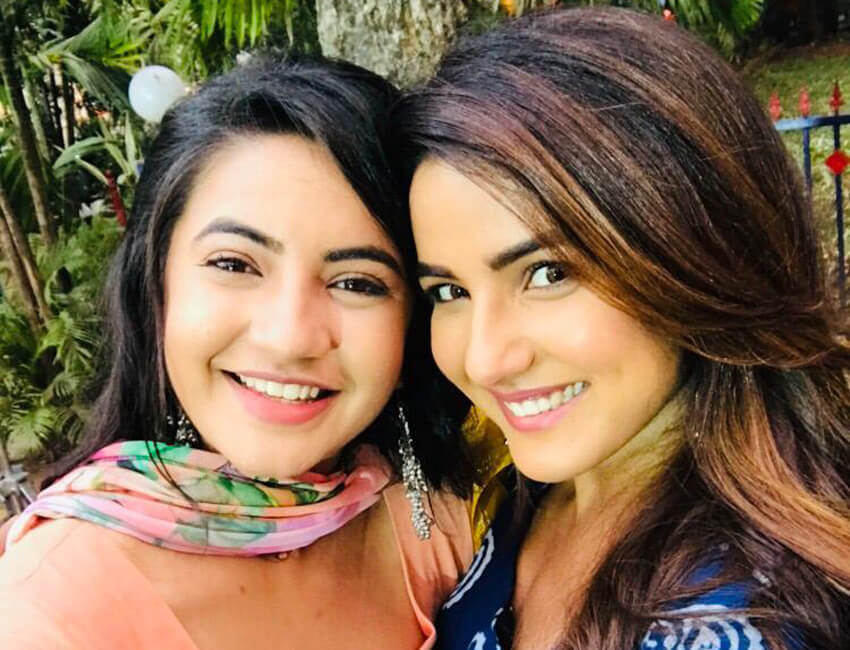 Meera Deosthale has been rooting for her good friend Jasmin Bhasin since the day she entered the reality show “Bigg Boss“. Expressing her disagreement on people referring to Jasmin as fake, she said that people couldn’t accept her showing them a mirror of their real self and that’s why have called her fake.

“Jasmin is a very fun-loving girl, she is very chilled out, but she is not someone who will shy away from speaking her mind. She speaks on people’s face, and the housemates can’t take that, and I think that’s their problem and not hers. She is as real and as clear as anyone can be. She has tried to be cordial with everyone in the house, and has apologized if she has hurt anyone’s feelings, I don’t think it’s easy to say sorry to someone, how many people do that in real life, and she is doing it on national TV. I have not seen any other contestant doing that,” the “Vidya” actress said.

Also Watch:- A Throwback video of @alygoni and @jasminbhasin2806 dancing on this 90s hit song❤️

When asked if even she felt that Jasmin’s behaviour changed after Aly Goni’s entry, she said, “Look I feel it’s quite natural. I don’t think this was intentional at all, she was just being herself all through the first four weeks, Aly’s entry did not change her or her behaviour, but definitely gave her the confidence.”

Also Read:- Jasmin Bhasin and Aly Goni are reunited, fans are delighted to see them back together.

“‘Bigg Boss’ house can be a tricky place, and when you have someone by your side of course you will get that confidence boost. It happens in real life too. Instead of making unnecessary statements people should try and relate the contestant’s life to that with the outside world,” Meera added.

The “Udaan” actress also expressed her disappointment over Eijaz Khan’s comment where he said that he will see Jasmin outside if she wins the show. She said, “It’s a people’s show and the audience is the king. Making such derogatory statements against anyone is really sad. I don’t know what made him say that, but I am sure if she had any connections then she would have been the first finalist and not him.”

Meera wishes to see Jasmin in the finale, and said, “You go girl. I want to see you in the finale with the winner’s trophy.”