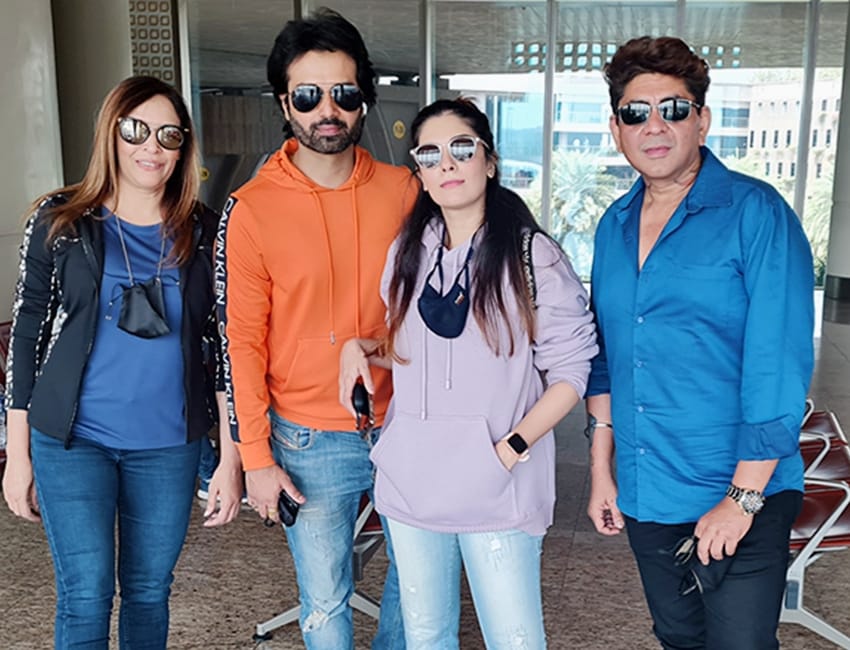 Rajan Shahi is known to bring the best and most relatable stories on the small screen. After giving the audience a brilliant show like “Anupamaa“, the ace producer is bringing the second season of the popular show “Mann Kee Awaaz Pratigya” on the small screen. He has collaborated with creative producer Pearl Grey for the show, and the cast and crew recently flew to Prayagraj to shoot for the outdoor schedule of the show.

Not To Miss :- SEE HOW ROHIT SHETTY ‘S MORNING LOOKS LIKE

He said, “After ‘Anupamaa’ we will be producing ‘Mann Kee Awaaz Pratigya’ (season 2) under the banner of Director’s Kut Production. The first season was a runaway hit. We are collaborating with Creative Vision and Pearl Grey as the creative producer.”

Pooja Gor, Arhaan Behll, Anupam Shyam and Aashish Kapoor are part of the cast.  He further said, “It is great interacting with the entire cast of ‘…Pratigya’ (season 1) The energy of the entire cast is high and everyone is very excited to take forward their show in season 2 as there will be a lot of expectations. DKP in collaboration with Pearl will retain all the best of what worked in season 1, but season 2 will also have surprise packages of new relevance, the story, and also a fresh cast which is being added to the already great, remarkable, and talented cast of season 1.”

“There is going to be a great amalgamation of the previous cast and fresh cast. And I think as season 1 was known for its brilliant writing and performances and creating a huge impact amongst the audiences, so we are working hard towards creating a new relevance for season 2. Right now we are at the Prayagraj and we are commencing the outdoor shoot and will soon be coming to Mumbai to start the second leg of the shoot,” Rajan signed off.

Rajan Shahi’s Yeh Rishta Kya Kehlata Hai is also getting the audiences glued to TV. We can surely say Rajan Shahi is the king of relationships.
Must Watch:- PRIYANKA CHOPRA’S QICK DIY MAKE UP TUTORAIL