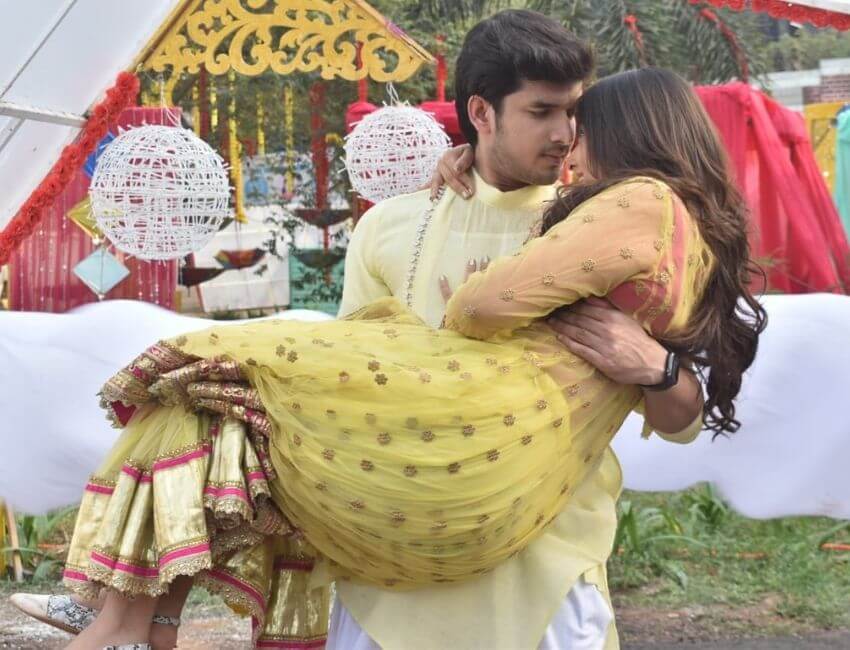 Rajan Shahi’s “Anupamaa” is keeping the audience glued to their TV screens. With a new twist in the storyline, the show is going to get more interesting for the audience. The Shah family is all set to celebrate Makar Sankranti this year, and it came as a shock to everyone when Anupamaa revealed that she was very good at flying kites, and said that this year she will also be giving them competition.

For the festival, Baa gifts a beautiful saree to Anupamaa and also asks her to pick a kurta for Vanraj. It comes as a surprise to Anupamaa when Vanraj opts for a yellow kurta for the festival because Kavya had once told her that he only likes light colour. Later Vanraj and Anupamaa have a moment when she tries to help him wear his kurta properly. But Kavya’s call interrupts them. Then we see Vanraj thanking Anupamaa for all that she is doing for him or has done in the past.

Watch Also : Between the shots masti on the sets of  Anupamaa 😍

In the upcoming episode, we will see the Shah family celebrate Makar Sankranti together with the song “Dheel de de re bhaiya”. While Baa gives Anupamaa relationship lessons by referring to kites, the newly married couple Paritosh and Kinjal, aka #JalTosh, and even Samar and Nandini, aka #SaNan, will be seen romancing to “Aankhon ki gustakhiyan”. Well, we will also see Vanraj falling in love with Anupamaa, and this time for real.

Interestingly, there will come a moment when Anupamaa will be flying kite and Vanraj will be holding the chakri. It will show a huge change in their relationship, especially because Vanraj is the one who never believed in following Anupamaa.

The upcoming episodes will also show that Samar accidentally reads Nandini’s diary and gets to know about something very shocking. So what did he read? Will he confront Nandini about it? Also, will Kavya let the Shah family enjoy the festival in peace. To know what happens next, keep watching “Anupamaa“.