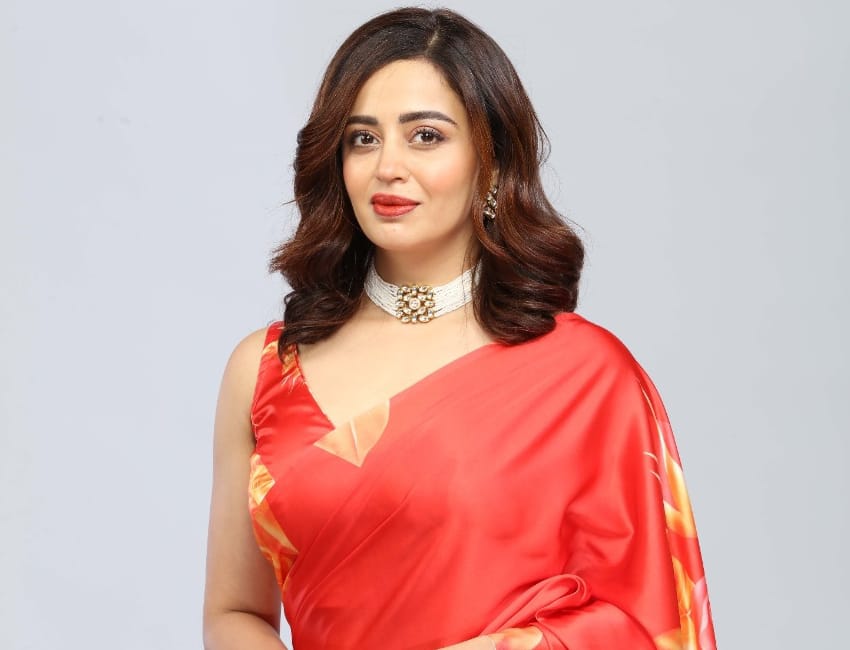 Nehha Pendse is all geared up to face the camera after a break to entertain the viewers with her portrayal of ‘Anita Bhabi’ &TV’s ‘Bhabiji Ghar Par Hai’. Although Comedy is not new to Nehha, being wooed by your friendly neighbour, Manmohan Tiwari aka Rohitashv Gour is definitely a unique experience!

In a candid conversation, Nehha reveals her love for the comedy genre and how she was selected to play ‘Anita Bhabi’. “The comedy genre is fun but not that easy. Although I have done Comedy before, this experience is new to me. Striking a chord with the audience with your comic timing and quirks is crucial. But I thoroughly enjoy Comedy as it eases out your stress. I do not consider myself a funny person, and neither doing Comedy came naturally to me. But over time and after hours of practice, I can confidently say that I have learnt the trick of the trade. In particular, Anita Bhabi’s character is hugely popular, and the viewers have a certain mindset towards it. Therefore, I must define my own space and create my own identity. All I request my viewers is give me a fair chance and see Anita from a completely new lense. While the character nuisances continue to be the same, there will be a brand-new aspect. The entire story plot is written, directed, and executed with such finesse, and each character is iconic and has etched a special place in the viewers’ hearts. The success of the show itself speaks volumes of the efforts and hard work. I do consider myself blessed to be chosen to be a part of this cult show“.

Not To Miss :- ALY GONI’S GRAND BIRTHDAY CELEBRATION IN KASHMIR

Talking about her previous body of work, the Marathi Mulgi said, “Nothing ever came easily to me. I have always worked hard for it and will continue doing so. While acting may come naturally to many, I believe acting is an art that only gets better with time and practice. Irrespective of the genre, I strongly believe that making someone laugh or cry profusely is not a cakewalk. A lot of effort goes into bringing out the right emotion. So, I always try my best to feel the emotion first and then emote it in front of the camera. This practice helps me connect well with my audience.”

Ending on a positive note, Nehha says, “I hope I do justice to the role of Anita Bhabi and live up to everyone’s expectations. I am looking forward to a fabulous journey with the entire cast and crew of the show.”

Nehha Pendse will soon make an entry as Anita Bhabi on &TV’s Bhabiji Ghar Par Hai, which airs every Monday to Friday at 10.30 pm

Must Watch :- HOW CAN SOMEONE SING SO GRACEFULLY | TARA SUTARIA |