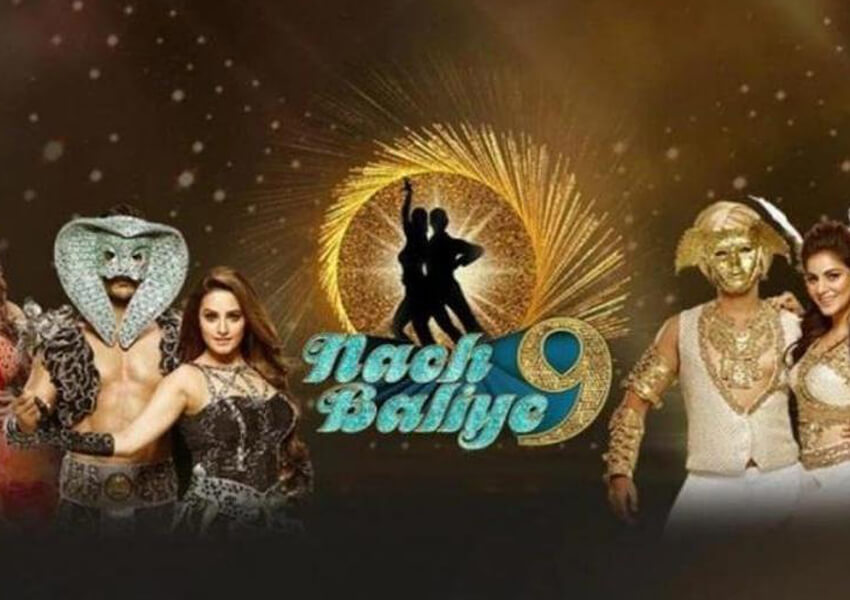 The upcoming season of the much-awaited couple dance reality shows Nach Baliye is just around the corner. The show was launched in the grandest way possible recently which it’s also being deemed as the biggest launch of a dance reality show in the history of Indian television. The josh was extremely high and that is what took our contestants – Anita Hassanandani, Urvashi Dholakia and Vishal Aditya Singh club-hopping around the city of dreams-Mumbai. And that’s not all, they also enjoyed sweet rides in the most luxurious cars! The stars went from Versova social to Hard Rock Cafe, Andheri, where the show was launched.

In a never seen before event launch, this time the makers have set the bar high with a unique show launch. Nach Baliye season 9 is all about the unabashed glitz and glam of our Industry and following the theme, our lucky contestants went from one club to another, and had the time of their lives meeting and greeting their fans, and dancing it out to their heart’s content before they get to the hard schedules and rigorous rehearsals that the season is going to demand.

ALSO READ: GRATEFUL FOR THE REUNION, SIKANDER AND DAUGHTER KULLFI ALL SET TO VISIT GURUDWARA TO SEEK BLESSINGS

Nach Baliye 9 is being produced by Salman Khan and this time around its high on the glamorous content, surpassing all the previous seasons of any dance reality show. It’s also being hailed as the most exciting and intriguing upcoming show owing to the twist that the concept will see this time. According to the new track, Nach Baliye 9 will see five ex-couples and five current couples fighting it out to win the coveted trophy.

Nach Baliye 9 is all set to air on Star Plus starting on 19th July, every Saturday and Sunday