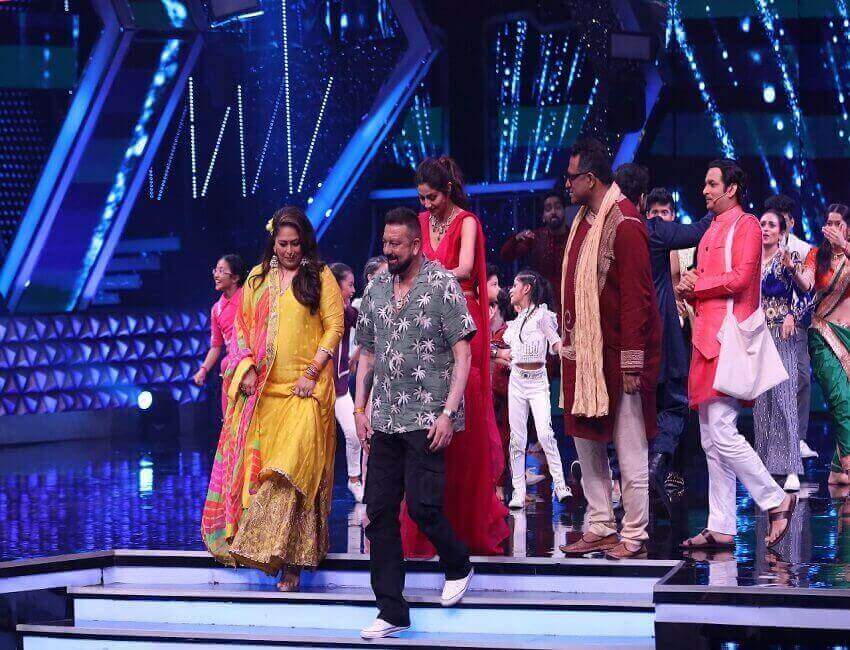 As the festivities begin with Ganesh Chaturthi, Super Dancer – Chapter 4 will also be seen celebrating the festival with quite an aplomb with none other than actor Sanjay Dutt for the Ganpati Special episode, tonight.

While Sanju baba makes a grand entry with a Ganpati idol, he will also be seen obliging cute requests from contestants. From climbing the seedhi to teaching the judges – Shilpa Shetty, Anurag Basu and Geeta Kapur the iconic Sanju baba ‘walk,’ Sanjay Dutt rocked the stage!

After receiving a heartfelt tribute from the contestants, an overwhelmed Sanjay Dutt says, “I have no words but, I would like to say just one thing. In life, I’ve never really earned money but, earned a lot of love, friends and received the strength to face hurdles. There is one humble request I would like to make to the youth of today… don’t live my life. Abide by the law of the land, and do everything with love in your heart. Lastly, all I want to say is thank you!”

Further, into the show, judge Anurag Basu reveals a very important detail of his life which makes everyone emotional. There was a time when he really wished to meet the late Sunil Dutt Sahab and used to request Mahesh Bhatt to arrange for a meeting. Unfortunately, the day never came, and Sunil Dutt Ji passed away. Anurag was amongst the first few people to rush to his place and be by the family’s side. And that is the day when Anurag witnessed the biggest earning of anyone’s life and the insurmountable love and respect of the people Sunil Ji received. He has never seen anything like this before.

SEE: Sanjay Dutt shares the poster of his character ‘Adheera’ from K.G.F Chapter 2, on his birthday!

While narrating this incident, Anurag Basu broke down and went on to say that, “I am sharing this because, once when I was ill (suffering from cancer) I couldn’t find a bed anywhere in the hospitals. Mahesh Bhatt called Dutt Sahab who arranged one for me within 5 minutes, thanks to the Nargis Dutt Foundation at the Tata Hospital. I am here today because of him (Sunil Dutt). Not just that, he used to call me every two days and check up on my health. So, I am here today because of him and it breaks my heart that I never got to thank him. I owe a lot to the Dutt family.”