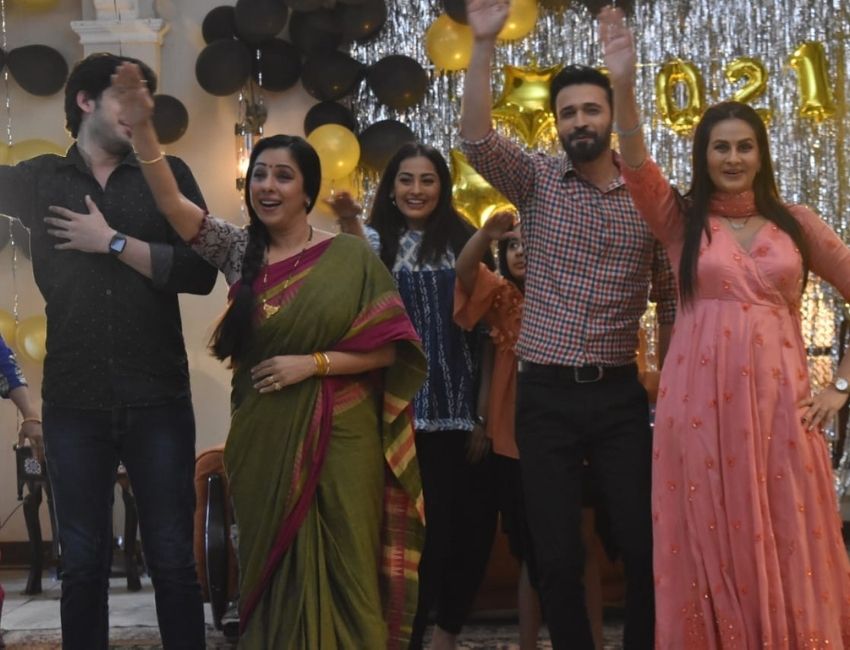 The audience is finally getting some AnuRaj moments in Rajan Shahi’s “Anupamaa“. Vanraj regretted the scene that happened at Paritosh and Kinjal’s wedding and also apologised to Anupamaa for whatever he did to her. She is taking good care of him, something which he did not expect, but Anupamaa in a very straightforward way said that there is nothing left between them.

Watch Also : Vanraj teasing Anupamaa during the shoot of their show by speaking in bengoli lanuage 😅

Vanraj, who is guilty for hurting everyone in the family, arranged a surprise new year party with Pakhi’s help. Not just that, he even sang “Hanste hanste kat jaye raste” for the family, and then the whole family grooved to “Om shanti om” from the movie of the same name.

Meanwhile, Kavya had sent a note to Vanraj asking him to call her, but Vanraj ignored it. Later, she called their home on the landline and was shocked to hear that he has organised a party for the family.

In the upcoming episode, we will see that Paritosh and Kinjal are back from Udaipur and the latter said that she won’t live in the house if Vanraj continues to stay there. Anupamaa tries to convince her, but will Kinjal stay? Will Paritosh and Kinjal forgive Vanraj? And is Vanraj really changing? The upcoming episodes are going to be quite interesting as we might get to see more of AnuRaj moments, so keep watching “Anupamaa” to know what happens next.