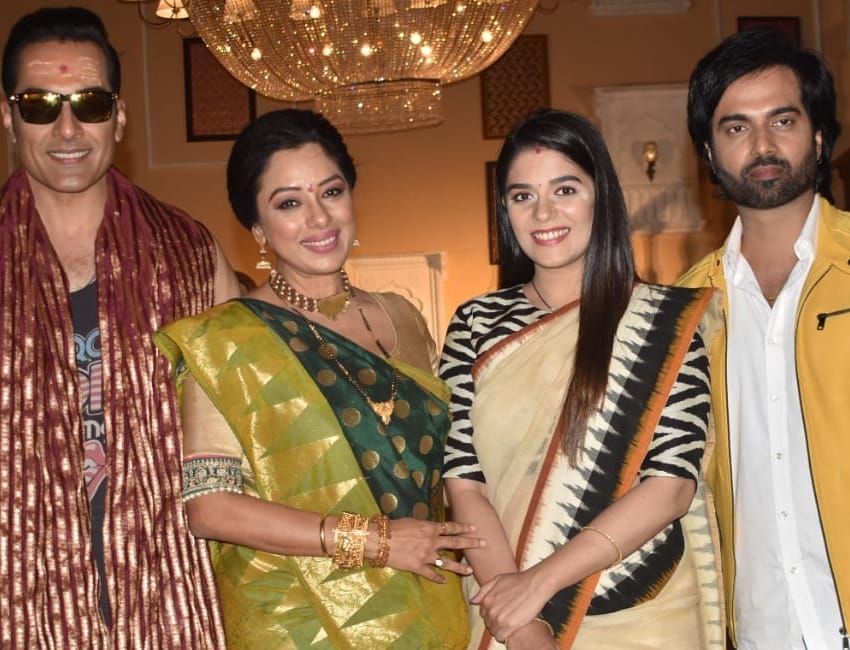 Rajan Shahi’s new show “Mann Ki Awaaz Pratigya 2” is all set to go on-air on Star Bharat from March 15. The show is being produced under Rajan’s banner Director’s Kut Productions, with Pearl Grey on-board as the writer, showrunner, and creative producer. This is the second season of “Mann Kee Awaaz Pratigya”, which went off-air in 2012.

And before the second season makes it’s debut on the small screen, the cast of popular TV show “Anupamaa”, which is being co-produced by Rajan and his mother Deepa Shahi under their banner Shahi Productions PVT Ltd., visited them to extend their warm wishes.

“Anupamaa” was scheduled to go on-air in March 2020, but due to the COVID lockdown the launch was postponed to July. Sharing that they went through the same nervousness and excitement last year, team “Anupamaa” welcomed Arhaan Behll and Pooja Gor in the Director’s Kut Productions family and wished them the best. They were quite surprised and overwhelmed by this impromptu gesture of team “Anupamaa”, and thanked them for it.

Must Watch :-VANRAJ PRANK ON ANUPAMA | #ANUPAMAA​ |STAR PLUS