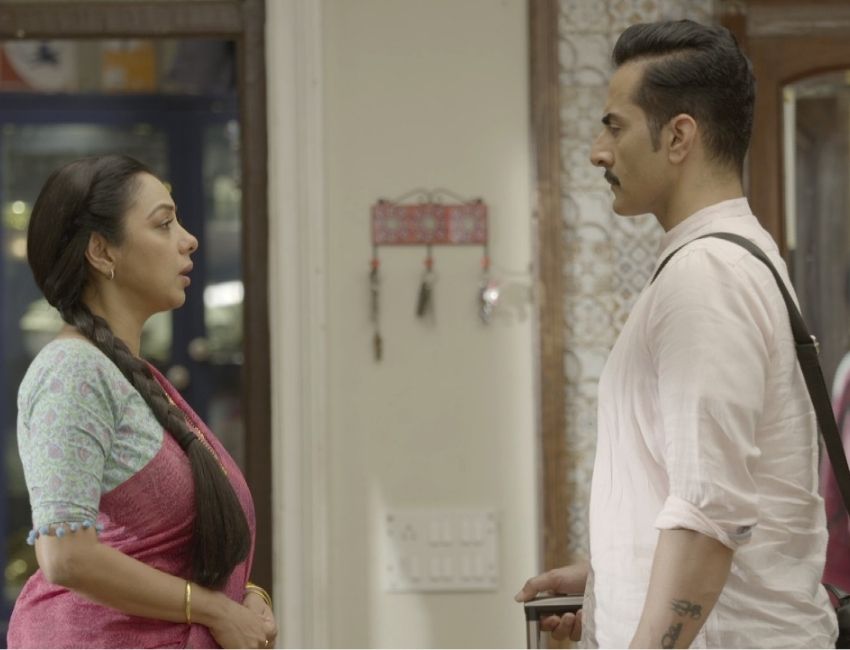 Oh, how we loved those AnuRaj moments in Rajan Shahi’s “Anupamaa“, but looks like Vanraj had a change of heart. After Anupamaa’s stern refusal at the temple, Vanraj was in a dilemma and it increased further when Kavya told him that she is giving Aniruddh a second chance.

Well, in the new episode we saw that Vanraj meets Kavya and tells her that he just wanted to be in his comfort zone and that’s why went back to his home. He also said that during this time Anupamaa tried to come closer to him, but he stayed away from her. Kavya, who had just tried to make Vanraj feel jealous by calling Aniruddh, tells him that he will have to do something that she isn’t insecure anymore.

Vanraj and Kavya both go to to Vanraj’s home, and he tells everyone that he is going with Kavya forever and he will also marry her. He said that he tried to mend things with Anupamaa, but she refused and he won’t be trying anymore now. Anupamaa tells him that she will not let him hurt Kavya the same way he had hurt her. Meanwhile, Kavya packs his bags and they both leave, and Anupamaa calls up Sanjay and tells him that she wants to meet his lawyer friend.

Read Also : Siddharth Nigam with his new gymnastic partner and it’s none other than Tiger Shroff

Watch Also : These pictures of Arjun Bijlani celebrating his son Ayaan Bijlani’ s 6th birthday in Srinagar are too sweet for words. ❤️

In the upcoming episode we will see that Kavya tells Vanraj that he should divorce Anupamaa, but Vanraj says that Anupamaa will not create any issues and she should divorce Aniruddh first. At the same time, Aniruddh enters and tells them that they will have to pay him Rs.60 lakhs if they want him to sign the divorce papers. We will also see that Anupamaa will meet the lawyer and sends divorce papers to Vanraj. While this is Anupamaa’s first step from Anupamaa Vanraj Shah to Anupamaa, a furious Vanraj will land up at the Shah house.

What will Vanraj do now? Did his move of tricking Anupamaa fail? How will the family react to Anupamaa’s action? To know what happens next, keep watching “Anupamaa“.