‘Anupamaa’: Kavya and her wicked moves 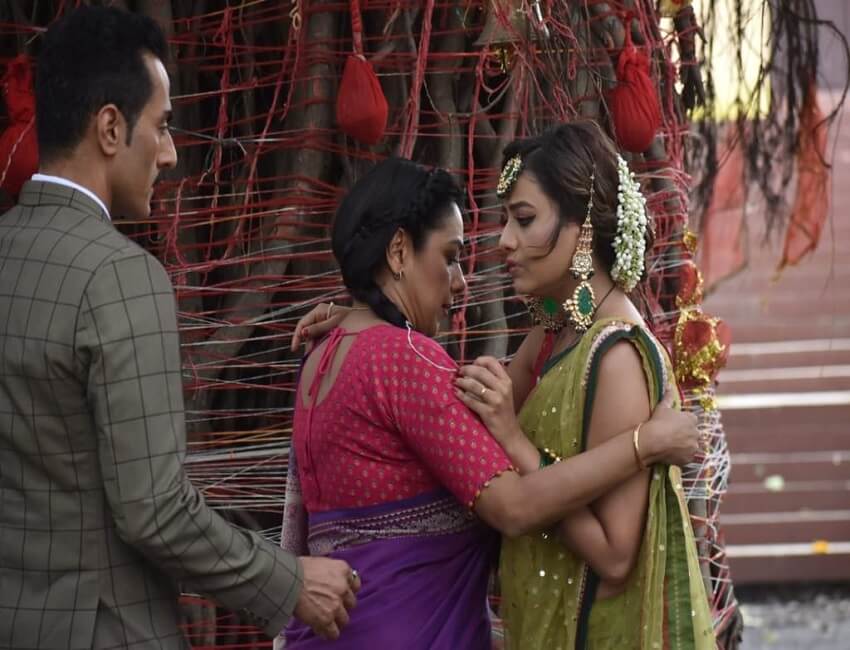 Kavya in Rajan and Deepa Shahi’s “Anupamaa” has gone to the next level of insulting and demeaning Anupamaa. She has left no stone unturned in taunting Anupamaa how she is a newly married woman, how she is the daughter-in-law of the house, and she has all the rights over Vanraj.

During the Vat Savitri puja, the woman living in the colony comment Baa about Anupamaa attending the puja. They feel it’s not right what they are doing by letting Vanraj’s new wife and his ex-wife live under the same roof. But Babuji gives a befitting reply to them and says that Anupamaa is their daughter and she has all the rights to live with them.

While the ladies are performing the puja, Anupamaa was trying to help Kinjal do it properly but Kavya reacted to it saying that she shouldn’t have divorced Vanraj in that case. Later, when Kavya starts to take rounds of the tree, she had a big smirk on her face as though she has made Anupamaa lose some battle. Anyways, but as luck would have it, she was about to fall but Anupamaa saved her.

ALSO SEE: Rupali Ganguly and Sudhanshu Pandey grooving to Aati Kya Khandala. Hit like if you like this TV jodi

In the upcoming episode, we will see that Kavya has hurt her ankle and asks Anupamaa to put the ointment. She then cleverly clicks a photo of her. But Anupamaa was quick to tell her that she must be feeling fine after clicking the pic.

Will Kavya’s jealousy and insecurity create differences between her and Vanraj? Will she try to divide and conquer the Shahs? To know what happens next keep watching “Anupamaa“.