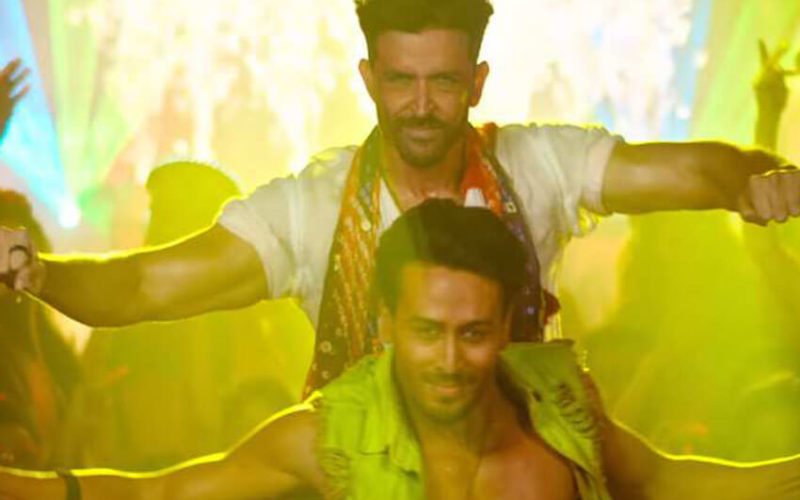 Hrithik Roshan and Tiger Shroff’s WAR has created history on day 1 of its release. The biggest action spectacle of Bollywood lived up to its massive pre-release hype as it collected 53.35 crore net all India (Hindi: 51.60 Cr and Tamil & Telugu – 1.75 Cr)!

War created 8 new milestones with its opening collections and set massive benchmarks for the industry! Here are the following records that War smashed with its incredible opening day:

Director Siddharth Anand thanks audiences for War’s record-smashing opening and says that he is delighted the film is being hailed as genre-defining in Indian cinema. He says, “It is truly overwhelming and gratifying to get this kind of love from audiences for our hard work in making War a truly big-screen spectacle. Having two of the biggest action superstars of Indian cinema, we had the immense responsibility to give audiences a never seen before visual experience and I feel hugely validated that people across the country have loved our action entertainer that has pushed the envelope of the action genre in India.”

Produced by YRF, War released in 4000 screens. The film is receiving unanimous love and appreciation from critics and audiences alike for delivering a never seen before action spectacle and a superb story with twists and turns that keeps audiences at the edge of their seats till the end. Siddharth congratulated his lead actors on this electrifying opening day number.

“I congratulate Hrithik and Tiger on this huge success and thank them for their faith in the vision. I also share this moment with Vaani, all the actors and the entire team that has worked tirelessly on this film to make War a huge winner at the box office,” he says.

The biggest action entertainer of India, War, sees two of the biggest action superstars of our country, Hrithik and Tiger, waging a war against each other. The high-octane film that also stars Vaani Kapoor opposite Hrithik Roshan, sees the two superstars pitted in a massive showdown which has mesmerized audiences of all ages across India.