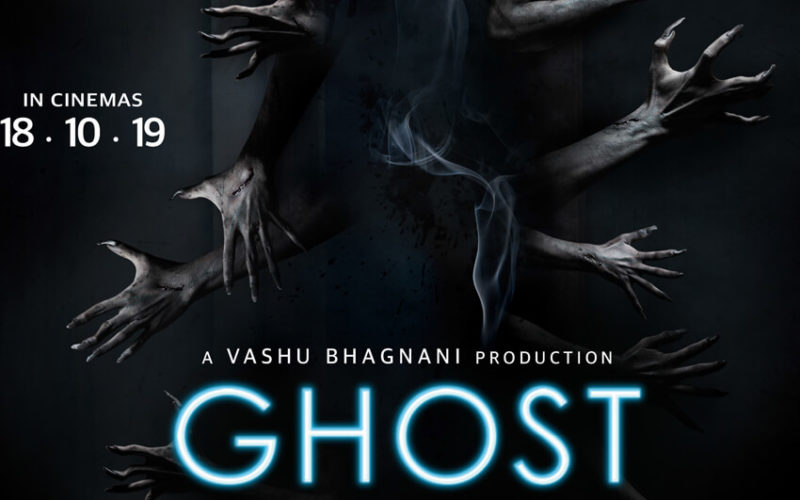 Horror as a genre has captivated the audience for a long time and is certainly one of the toughest genres to dabble in. Vikram Bhatt’s passion and love for this genre have shone through in every film he has made. Managing to shake the audiences with his filming and dialogues, Bhatt has a knack for horror.

Right from the Raaz series to 1920, he has scared the daylights out of viewers and yet had them screaming for more. His next film titled Ghost promises to be scarier and deadlier than any of the films he has made. Whether this excites you or scares you, it will definitely compel you to hit the theatres.

The trailer of Ghost is proof that he can cast a spell and transport viewers into a different world, where everything is ruled by fear. Bhatt released the trailer this morning and we aren’t sure if we want to hide in our closet or watch the movie right away!

If that didn’t have you holding on to your seat for dear life, Bhatt also revealed that this one is based on a true story. Ghost takes you on the riveting journey of Karan Khanna who has been accused of killing his wife but believes she has been murdered by a spirit. What follows is a sinister story of evil which will have you biting your nails in shock and fear.

“Ghost is one of the scariest films I have worked on. The tight script of the film coupled with great editing has put together a story that will have the viewers grasping their seats in fear. The trailer is out today and we hope we are able to deliver to the expectations of the people”, says Vikram Bhatt

Vikram Bhatt shared that the idea of Ghost came to him when he read a newspaper article about how a British court allowed a matter involving spirits to be tried. He was intrigued and decided to channel his energy into this film. Ghost, A Vashu Bhagnani production, directed by Vikram Bhatt will release in cinemas on 18 October.