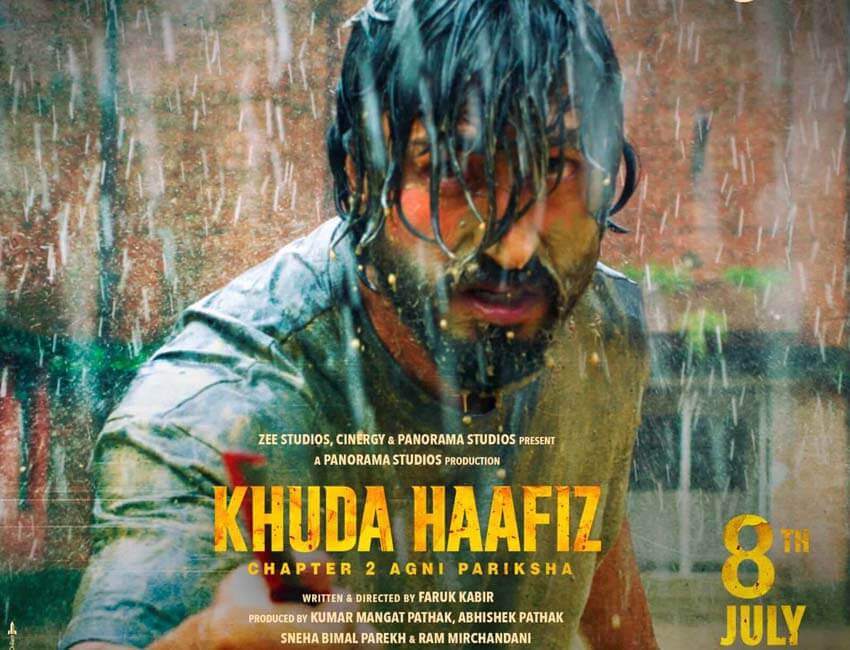 After the resounding success of Khuda Haafiz on OTT, Panorama Studios obliges fans of the movie by slating a theatrical release for its second chapter. The makers of Khuda Haafiz Chapter II Agni Pariksha unveil its release date. The Vidyut Jammwal and Shivaleeka Oberoi-starrer will hit the big screen on 8th July 2022. The action drama outlines the story of Sameer and Nargis essayed by Vidyut and Shivaleeka, who are tasked with facing challenges posed by circumstances and society.

Vidyut says, “I’m very grateful for viewers and fans who have loved me in every character I’ve essayed. I can’t thank them enough for loving Sameer like someone they know. On 8th July, I’ll see you in cinemas as Sameer, a reel embodiment of what love stands for. Nothing beats the joy of entertaining the audience in theatres for me.”

Shivaleeka Oberoi says, “With Khuda Haafiz, the audience witnessed a happy ending to Sameer and Nargis’s story digitally. On the 8th of July, we take our audience on a journey beyond the ‘happily ever after’. Khuda Haafiz Chapter II Agni Pariksha is a beautiful amalgamation of emotions and entertainment, the beauty of which will unfold in all its glory on the big screen.”

Filmmaker Faruk Kabir says, “Khuda Haafiz Chapter II Agni Pariksha showcases the beauty of the husband-wife relationship and the resilience of deep love. Even if one has not seen Khuda Haafiz, one will still enjoy this story and the theatrical spectacle it offers. For the audience and fans of Khuda Haafiz and Vidyut Jammwal, we all are glad that the film is releasing in the theatres on 8th July.”

Founder and Managing Director, Panorama Studios, Kumar Mangat Pathak says, “After the immense love received by Khuda Haafiz and encouraged by its success, Panorama Studios announced the second installment within a year. We are glad to showcase the next part of the film with Vidyut Jammwal and Shivaleeka Oberoi on the big screens on July 8th as it is meant to be consumed on a large canvas”