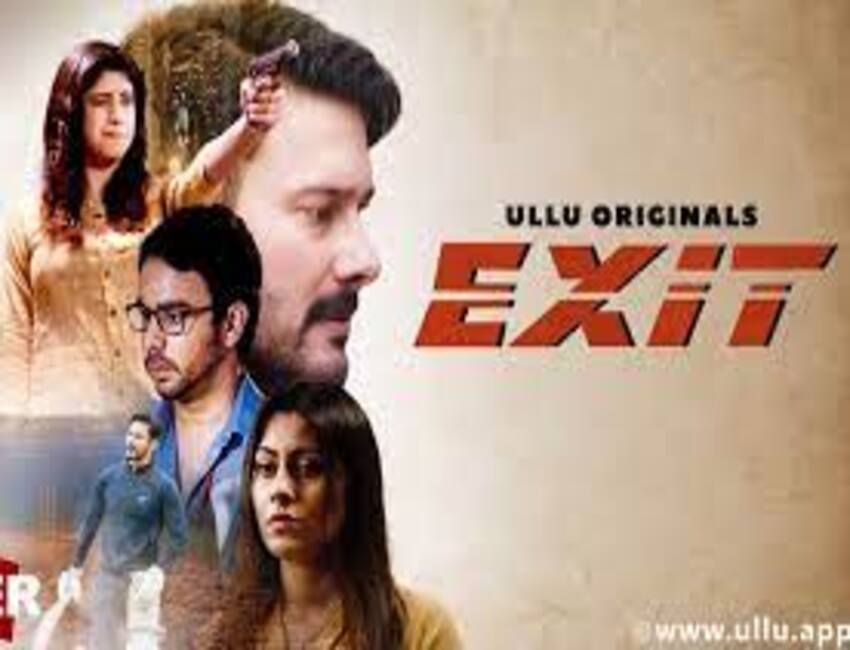 ULLU 2.0 has always been in a race with itself for bringing multi-genre content with established actors along with well-scripted stories. Kicking off this year, is ULLU’s next presentation, a new show titled EXIT starring actors Rajniesh Duggall & Vindhya Tiwari in the lead along with the ensemble cast featuring Manish Goplani, Aparna Dixit, Aishwarya Raj Bhakuni, and others. Directed by Rajeev Mendiratta, the show’s trailer shows how the chase for money can make someone go to any extremes.

A failed cricketer named Ravi Sharma played by Rajniesh Duggall is a low-profile cricket coach who is struggling to make ends meet with an addiction to betting. Once during a bet, he loses an enormous amount and is forced to take a huge detrimental step as he couldn’t pay the debts – Pseudocide (faking his own death)!  Pseudocide scams lead to life insurance scam and this lures Ravi into resorting to this extreme step. He gets his friend Pintu who works with an insurance company involved by offering him money. Ravi and his wife Shailey played by the talented actor Vindhya Tiwari along with Pintu recover crores of rupees from the insurance claim but Pintu never gets his share of the money. Ravi is a man who takes wrong decisions at every point of his life for which he pays a price too. Meanwhile, Shailey is blackmailed by someone who is aware of their Life Insurance Scam. But scams don’t last long so to their dismay an Insurance Company detective sniffs this and traces Ravi alive in a different city. The wrongdoing comes to an end with the cost of a life-ending.

Speaking on the trailer launch, Rajniesh says, “When emotions are various, one needs to breakthrough. This is Ravi’s main characteristic; he can’t find his mind in the right space. Ravi’s character has continuous struggle and stress where he jostles between his personal life and professional life. Shailey & Pintu (Ravi’s best friend) are important catalysts of his life. I am grateful to the whole team for making this show possible”

Vindhya further adds, “I’m thankful to Nitin Mishra, our producer, who thought of me as his first choice for the role, and Rajeev Sir our director for believing in me. Shailey is a person who is in her own bubble of social media delusions where everything feels just perfect. We are sure the audiences will love and appreciate our hard work!”

Vibhu Agarwal, CEO & Founder ULLU said, “We are delighted to be working with such amazing talents & team of producers and directors with great caliber, who showcase hard work & dedication towards their work. We look forward to bringing a lot of entertaining stories in the OTT space for the audience to enjoy at their convenience”.

Rajeev Mendiratta, Director quotes, “Exit is based on one of the dominant emotions in human beings- Greed. The gripping storyline & character sketches have made the series an interesting package. We as a team managed every aspect of shooting from managing the crowd to shooting in real locations. The show is packaged really well, so we really look forward to the launch of the show!”