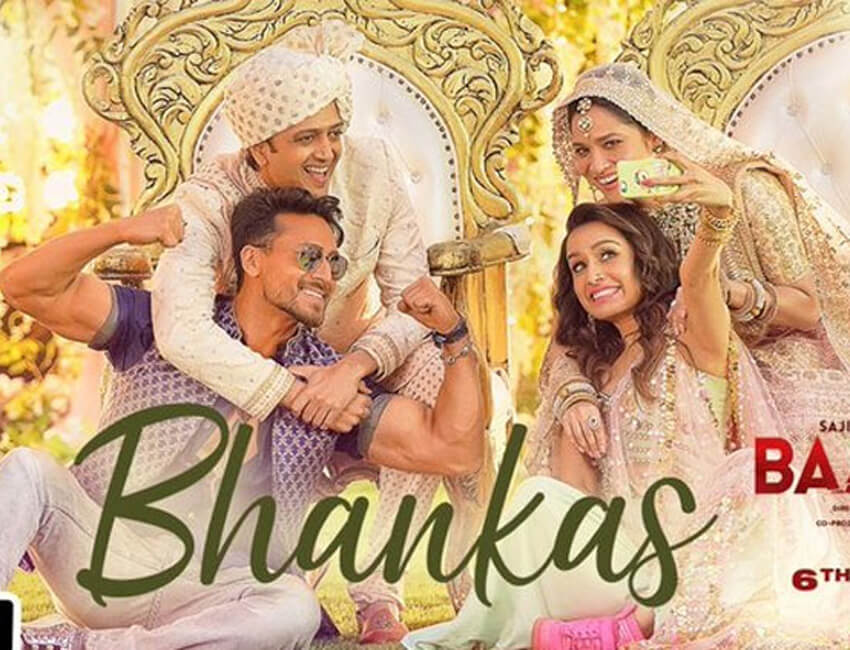 After wowing the audience with the action-packed trailer and the groovy number ‘Dus Bahane 2.0’, the makers of Baaghi 3 have released the latest song from the movie titled ‘Bhankas’.

The makers shared the song out on their twitter handle with the caption,

The new track, Bhankas is a remake of Bappi Lahiri’s original song and once again is set to break records as it was loved by the masses already. The song has recreated the signature steps with its own spin and Tiger has once again shown some spiffing not action but this time dance moves.

The song has a perfect vibrant pastel theme and also showcases Ronnie’s brother’s wedding to which all are sprinkling smiles and happiness.

Baaghi 3 is all set to hit the screens on 6th March having Tiger Shroff and Shraddha Kapoor in lead roles. The movie is directed by Ahmed Khan and produced by Sajid Nadiadwala’s Nadiadwala Grandson Entertainment.

Baaghi 3 dropped its trailer and crossed over 100 million views in no time and is all set to fight against some big tanks and shoot rifles. This time the action is going to be bigger and better and so is the excitement among the audiences for the release.