“The John Abraham-Sonakshi Sinha starrer was unaffected by demonitisation and still did a fantastic number at the BO,” informs producer Vipul Amrutlal Shah as Force 2 completes 4 years! 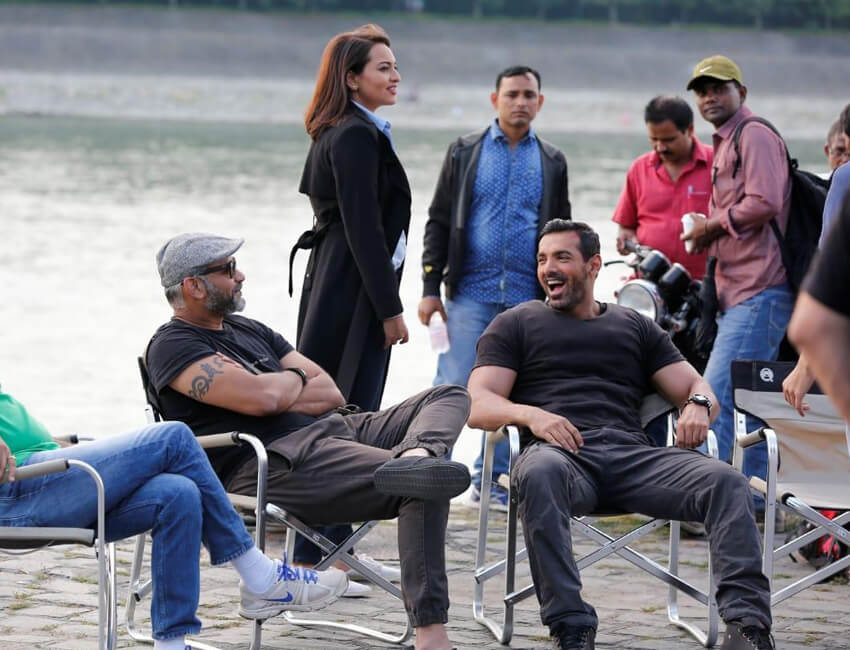 It’s been four years of the release of the action-thriller, Force 2 and as producer Vipul Amrutlal Shah looks back, he only has beautiful memories to cherish associated with the film. The movie featuring John Abraham, Sonakshi Sinha, and Tahir Bhasin among other notable actors are best remembered for its gripping narrative, stupendous performances, exotic locales of Budapest, and mind-blowing action.

Vipul Shah goes back into memory lane as he starts talking about the movie. “Force 2 was supposed to be shot in Budapest and it turned out to be an expensive proposition. The action that we wanted to mount in the film, we didn’t have the budget. So, Abhinay Deo (director), John, and I decided to let go of our fees and put it in the film for the way it was supposed to be made. The action was total of an international level.”

“Just exactly when we were going to release the film after the promotional campaign, the demonitisation happened and as a result of that, we lost out on our business to a large extent. The film still did a fantastic number under the circumstances of demonitisation but it could have done double the money and had it done those numbers, me, John and Abhinay – we all would have got our fees. But unfortunately, the loss due to demonitisation did not allow us to make the money we were supposed to make. Nonetheless, we all are very proud of the film even today. At least the film still made money for the studio,” adds Vipul.

Also Watch:- Straight from the sets of #SatyamevaJayate2, John Abraham, Divya Khosla Kumar and director Milap Milan Zaveri send Diwali wishes with this festive picture as they celebrate with the crew in Lucknow.

Citing another incident that took place during the film’s shooting, Vipul informs, “John got very badly injured during a scene. He was supposed to break a door and he did that but he fell and that hurt his knee very badly. We first took him to the hospital and the doctor suggested him not to shoot but he came back and finished the sequence that he was supposed to and that actually aggravated the injury so badly that John had to undergo surgery – one in Budapest and one in Mumbai. It took him almost two months to recover from it.”

“When we went to Budapest to start shooting in August, it was very hot as that year Budapest had a heatwave and the temperature was crossing 40 degrees. By the time we finished shooting, the temperature crashed to zero and even minus and started snowing. So, we had to shoot the film in two extreme weather conditions and it was very difficult for the entire unit. But it great fun to shoot the film with an international crew and probably Force 2 is the first film to shoot in Budapest the way we shot extensively with the help of the government of Hungary. It was a wonderful experience,” Vipul Shah concludes.