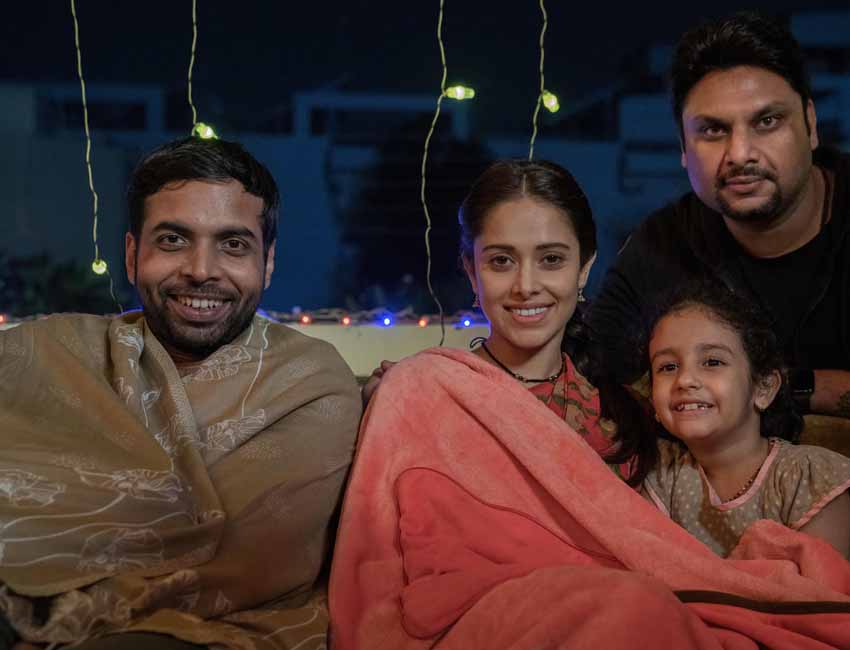 Shooting for each film is a unique experience for all actors. But some experiences stand out and are worth remembering. This is exactly what Nushrratt felt shooting for Netflix’s upcoming anthology film Ajeeb Daastaans. The actor really enjoyed the process and the camaraderie on the sets making it one of her most cherished experiences. Playing a completely different character and an avatar not associated Nushrratt with so far, she explored a new side to herself and confesses had a ball doing it. Adding to the fun was her experience of working for the first time with firecracker child actor Inayat Verma and director Raj Mehta.

Nushrratt plays a house help Meenal in Raj Mehta’s Khilauna, alongside Abhishek Banerjee and Inayat Verma, and the story highlights her struggle to get a decent life for herself and her sister. The film looks at the games people play and how they get played in the process. It highlights the intense survival and manipulation instincts of humans as well as the impact that surroundings have on impressionable young minds. Talking about her experience on the sets of Ajeeb Daastaans, Nushrrat said, “We shot the film just for eight days but being extremely honest –  I have not had so much fun shooting any other film that I’ve worked on. Raj is a genius but is also hilarious, funny and too cool. He is genuinely a really passionate film maker, and he truly enjoys the process of directing a film and being on a set. While shooting for a film, there are always those great shots you get or you try to get, but it’s also about enjoying the process – and that’s where this experience stands out for me. Adding to the fun was Inayat, my partner in crime. I loved every bit of her company and we have had a great camaraderie in real life too. We are still in touch till date and catch up often. I really hope to work with Raj, and of course Inayat again in the near future. Also, this is very different from my earlier roles, so breaking out of the stereotypes added to the experience.”

Ajeeb Daastaans brings together four unusual stories that dive into the complex themes of fractured relationships, exploring human emotions such as jealousy, entitlement, prejudices and toxicity, and their effects. Bringing together some of the finest talent from the country, the film is produced by Dharmatic Entertainment, directed by a team of remarkable directors – Shashank Khaitan, Raj Mehta, Neeraj Ghaywan and Kayoze Irani – and set to release on April 16, 2021 only on Netflix. The talented ensemble cast comprises of Fatima Sana Shaikh, Jaideep Ahlawat, Nushrratt Bharuccha, Abhishek Banerjee, Inayat Verma, Konkona Sen Sharma, Aditi Rao Hydari, Shefali Shah, Manav Kaul and Tota Roy Chowdhury.

Must Watch:- AKSHAY KUMAR SHARES A GLIMPSE OF HIS RAM SETU CO-STARS JACQUELINEF AND NUSHRRATT GETTING READY.