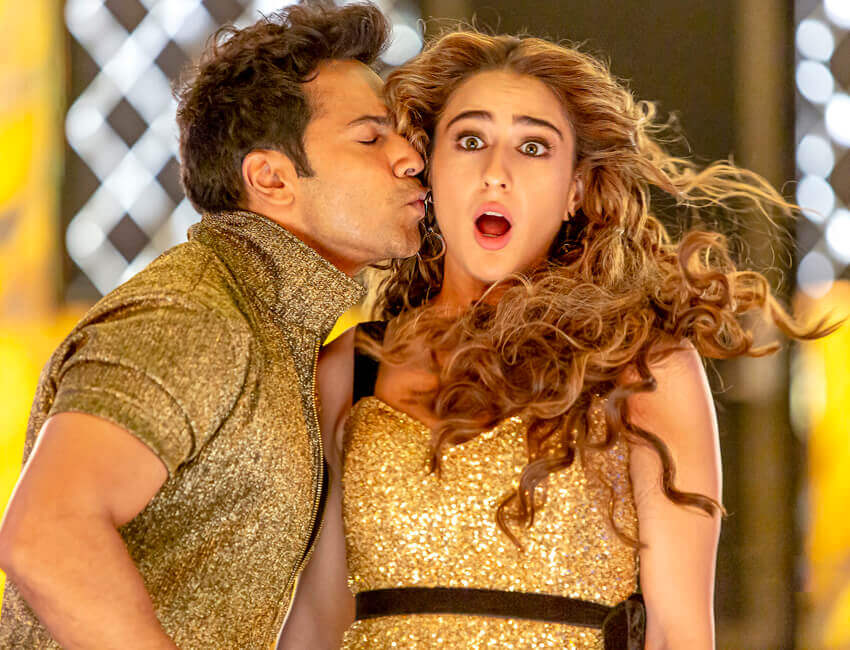 National, Dec 9, 2020: After dropping the entertaining and hilarious trailer of David Dhawan’s upcoming comedy Coolie No. 1 and the foot-tapping hit song, ‘Teri Bhabhi’, Amazon Prime Video today unveiled the latest song – Husn Hai Suhana. Doubling the dance, glitter and glamour factor, this reimagined version of the 90s chartbuster will get everyone on the floor and share a leg. Recreated by Tanishk Bagchi, the track has been sung by the original singers Chandana Dixit and Abhijeet, with original lyrics by Sameer. It is nostalgia at its peak as you watch the lead pair Sara Ali Khan and Varun Dhawan dance like no one’s watching, matching steps to the iconic jodi Govinda and Karisma Kapoor, who featured in the original.

Speaking about being a part of one of the most-popular Govinda-Karishma tracks ever made, Sara Ali Khan said, “I genuinely believe that everyone I know has listened to, enjoyed and danced on Husn Hai Suhana. It truly was an overwhelming feeling and a dream come true when I found out I would get to feature in the reprised version of this song!

Now since I know that stepping into Karishma Ma’am’s shoes is an impossible talk, I didn’t try at all to do that. Like most young girls, I too am very inspired by Karishma ma’am and am a huge fun of hers. Nonetheless, for me being hard of husnn hai Suhana was more about getting to dance with Varun Dhawan, enjoying that new chemistry, and being guided by David Ji and Ganesh Sir who truly epitomise commercial masala songs, and for me define the 90’s.”