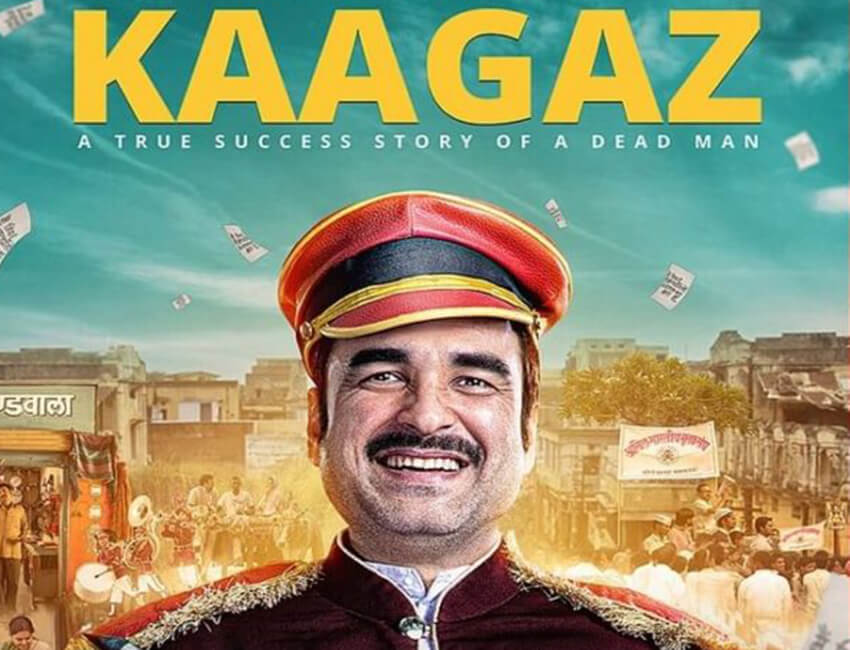 Film ‘Kaagaz‘ where Pankaj Tripathi plays Bharat Lal Mritak, who fought for his life for 19 years after being declared dead by interests keen to take over his assets, has been receiving great reviews since it’s release on Zee5 Premium. The film takes the viewers back to the hinterland and wears its provincial heart on its sleeve.

Also Watch:- Sandeepa Dhar and PankajTripathi engage in a fun conversation on the sets of Kaagaz❤️

While Pankaj Tripathi shines in the entire film, another most talked about thing about the film is the poem ‘Poetry of Kaagaz‘ which has been narrated by megastar Salman Khan. The poetry of Kaagaz in Salman Khan’s rendition, talks about how the battles in the world are reduced to being all about pieces of paper and how it’s a document that, more often than not, makes or breaks the lives of common people. This is the first time ever the actor has narrated a poem.

While the poem has been composed by Rahul Jain, the beautiful lyrics have been written by Aseem Ahmed Abbassee.
Kaagaz is presented by Salman Khan Films with Satish Kaushik Entertainment Production and produced by Salma Khan, Nishant Kaushik and Vikas Malu. The film is now streaming on Zee5 Premium and has released in a few selected theatres in Uttar Pradesh.