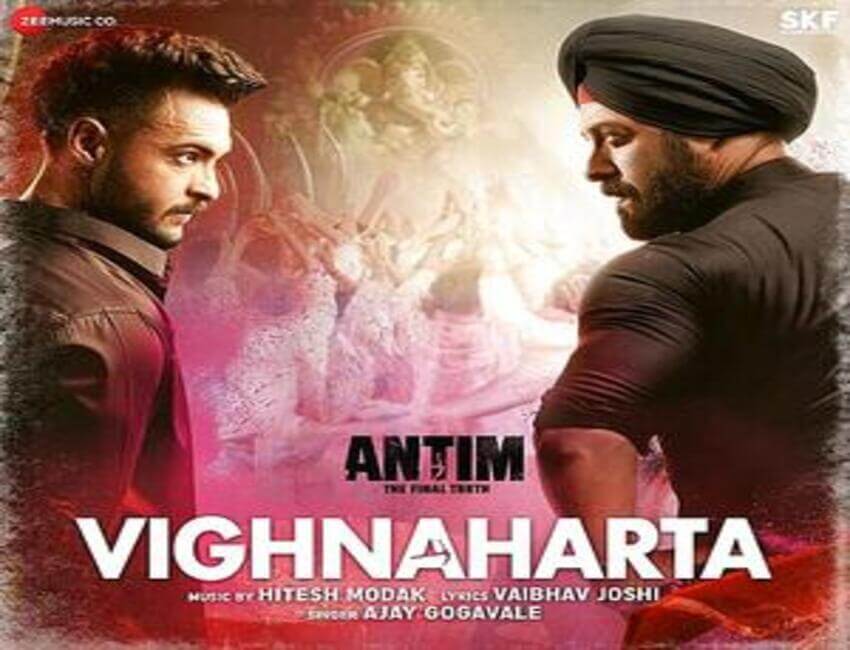 After the teaser of Vighnaharta created colossal ripples among the awaiting audience and fans who were high on anticipation; the complete track has now released and the response from the audience is sure to be towering and enormous. The high on energy festive dance track from Antim: The Final Truth features Salman Khan, Aayush Sharma and Varun Dhawan.

Also read : Darlings …..its a Warp

Soon after the teaser was released to the audience, it was received with much fanfare and an imposingly grand welcome by the vastly loyal fanbase of the stars. And the track looks filled with energetic dance moves by Varun and Aayush who added zeal to the vibrant factor.

Also See : Kangana Ranaut decks up in a traditional look for ‘Thalaivi’ promotions


The overall tone and visuals of the track are high in magnificence, are lavish and simply sumptuous. The colour has been splashed in a regal and ornate manner which is bound to catch the viewers’ eye the moment they lay their eyes on it and will keep them hooked and wanting for more by the time the track ends.

Antim: The Final Truth is presented by Salman Khan Films and produced by Salma Khan. Mahesh Manjrekar has directed the film.

Also Watch : Watch : Kartik Aaryan clicked in Bandra while he going from one shoot to another | Bhool bhulaiyaa 2