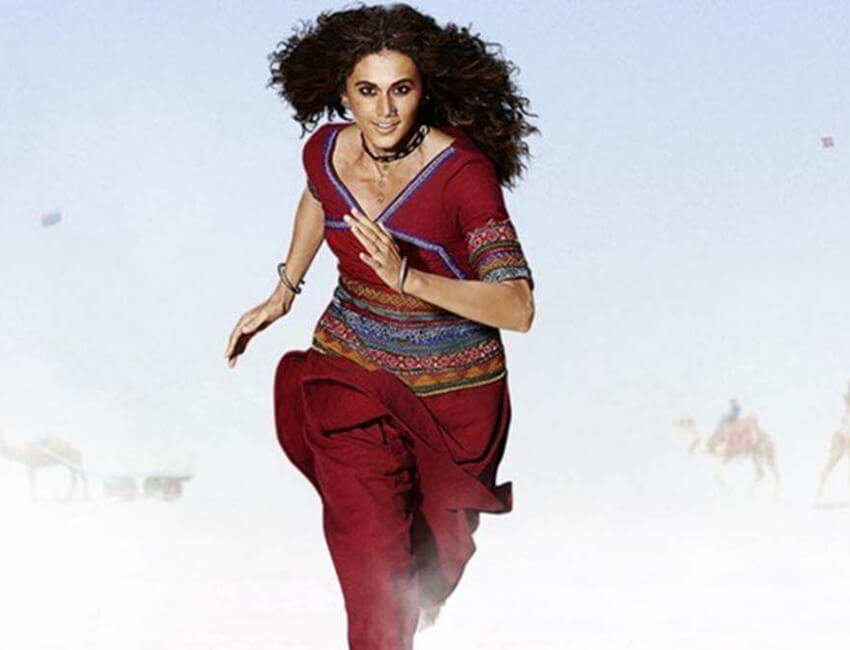 The starter pistol was finally fired for commencing the shoot of RSVP Movies’ upcoming offering Taapsee Pannu starrer Rashmi Rocket on November 3rd, 2020 and the audience was quite thrilled to hear the news finally!

Ever since the announcement, more news and stills have been awaited from the film. Presented by RSVP Movies while taking away our Monday blues, Taapsee Pannu shared a still on her social media flaunting her toned back and tieing her hair up all set to start the race!

Also Read:- Taapsee Pannu’s training for Rashmi Rocket inspires a local college to rename their gym after her!

The lead actress captioned her picture as

The film was announced by Ronnie Screwvala’s RSVP Movies in March 2019 and it has been a long wait since then due to the global pandemic. Embracing the new normal, Rashmi Rocket is one of the very few film to successfully start the shoot during covid times following all the necessary guidelines.

Taapsee, who is essaying the lead role of Rashmi had put in intense training for the portion of the film. The entire cast and crew are successfully shooting in Pune currently.

The film stars Taapsee Pannu in the lead role. Rashmi Rocket is written by Nanda Periyasamy, Aniruddha Guha, and Kanika Dhillon. The film will be helmed by Akarsh Khurana who directed Karwaan.

Rashmi Rocket, produced by Ronnie Screwvala along with Neha Anand and Pranjal Khandhdiya is set to release in 2021.