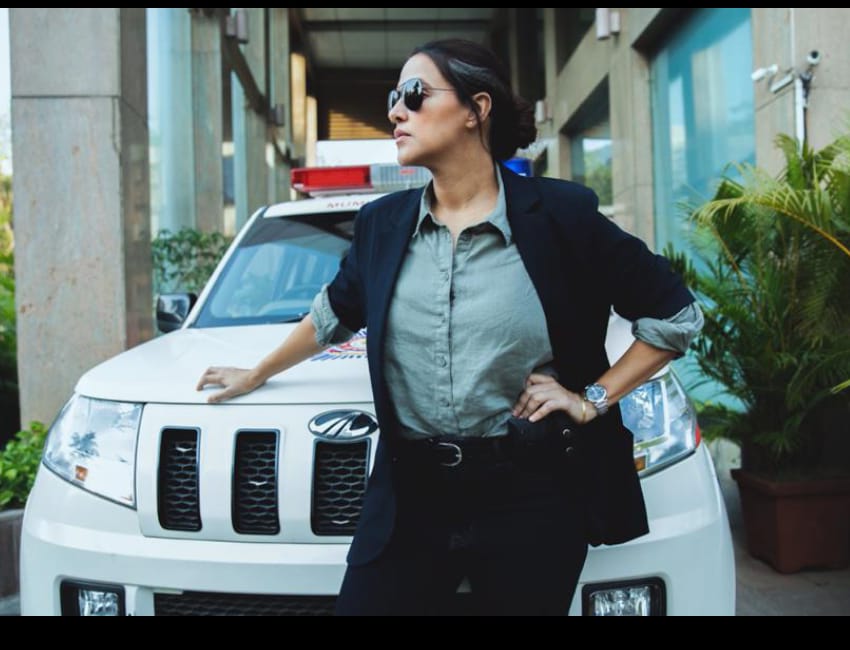 RSVP movies have recently revealed Neha Dhupia’s look for their upcoming direct-to-digital thriller, ‘A Thursday’ with Blue Monkey Films. Directed and written by Behzad Khambata, the film is based on unthinkable events taking place on A Thursday.

Taking to their social media, RSVP movies shared Neha’s look as they wrote, “There’s a new cop in town, @nehadhupia as ACP Alvarez in #AThursday. Let the investigation begin! 👩🏻‍✈️💥”

Check It Out Here:-

The talented actress will be essaying the role of a police officer named ACP Alvarez as she looks perfect for the part in a blazer and pants with a shirt under and rolled up sleeves completing her look with aviators and tied up hair.

The film shows the story of an intelligent play school teacher, Naina Jaiswal played by Yami Gautam who takes as hostage, 16 toddlers. Showing Yami in a grey character for the first time, Neha will be seen as the cop.

The producer of A Wednesday, Ronnie Screwvala will be producing A Thursday under RSVP as well as he is always looking to bring new scripts and talents after back to back announcements recently.

A Thursday, produced by RSVP and Blue Monkey Films, will release digitally in 2021 and commenced shooting recently.