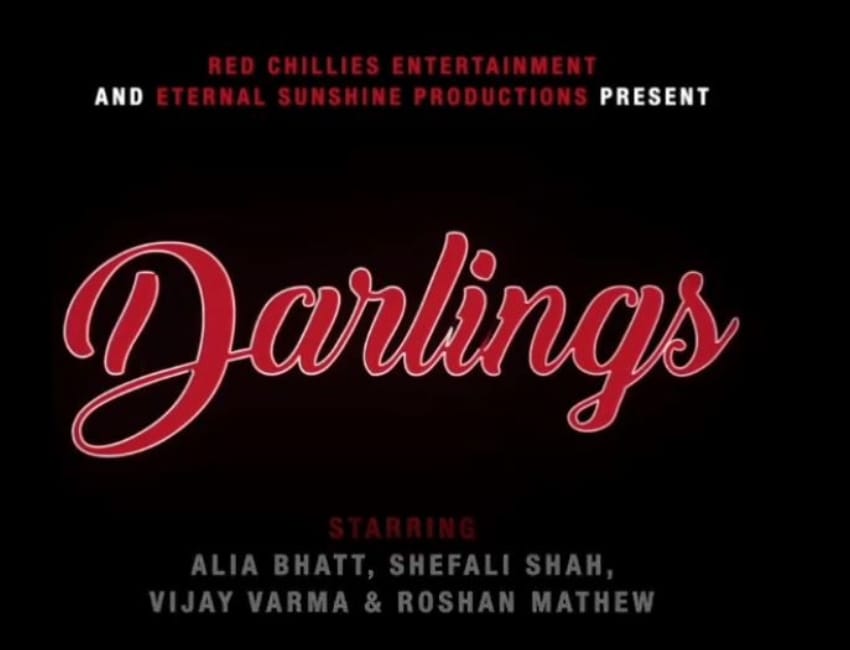 Darlings, a unique story of a quirky mother-daughter duo navigating through crazy circumstances as they try to find their place in the world. The dark comedy is set in Mumbai against the backdrop of a conservative lower-middle-class neighborhood and traces the lives of these two women as they find courage and love in exceptional circumstances.

The film comes with its own statutory warning – a reminder that offending women can be very dangerous for your health!

Darlings mark a first for many, the directorial debut of Jasmeet K Reen with a feature film and Alia Bhatt’s first as she turns producer with Eternal Sunshine Productions.

Jasmeet who has written many films earlier, speaks of her directorial debut, “With the brilliant Alia and Shefali portraying the mother-daughter duo, along with exceptionally talented Vijay (Varma) and Roshan (Mathew) we have a dream cast and the perfectpartners in crime’ if I can call them that. We couldn’t have asked for anything more and now I can’t wait to get on the floor!”

Alia Bhatt on starring in and producing Darlings, “I am really excited to be part of Darlings; it’s a powerful story with a lot of humour and doses of dark comedy. I am thrilled to have Darlings as my first film as a producer, that too in collaboration with my favourite, Shah Rukh Khan and Red Chillies.”

Gaurav Verma, Producer & COO on Red Chillies Entertainment’s next venture, “Our endeavour has always been to collaborate with fresh talent and nurture their perspective and Darlings is a move forward in the that direction. Jasmeet is a talented Writer-Director and Darlings is her very entertaining take on life. We have a fabulous cast in Shefali, Vijay & Roshan, and a wonderful partner in Alia as actor- producer. It’s a great story and we are eager to bring it to the viewers.”

Must Watch:- DARLINGS TEASER IS OUT  |ALIA BHATT| |GAURI KHAN|