Radhika Madan is soaring the temperatures with her sexy pool pic, but the cheeky captions grabs our attention 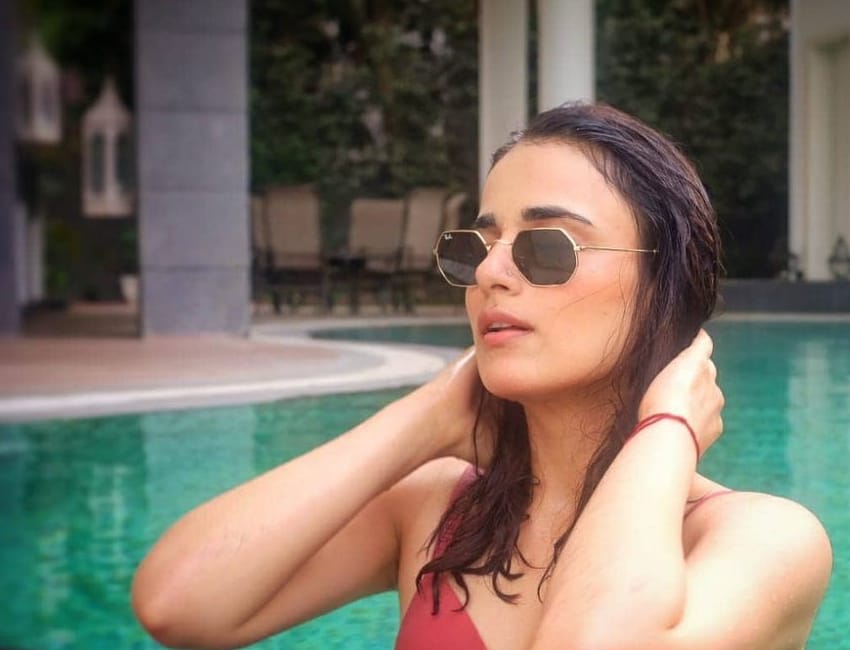 The young and talented actress Radhika Madan is turning up the heat on Instagram with her sexy picture by the pool, however, the quirky witted caption taking a jibe at the recent explosion of Maldives pictures by Bollywood celebs is taking the cake.

Recently, Radhika Madan shared a fun video of herself moonwalking at the airport as she left for her hometown Delhi. Sharing a water-borne picture by the pool, Radhika Madan humorously captioned her picture saying, “Not in Maldives 🌊”.

After impressing the audience with her versatile performances in varied films like ‘Pataakha‘, ‘Mard Ko Dard Nahi Hota‘ and ‘Angrezi Medium‘, Radhika Madan is set to dive deep into exploring yet more interesting concepts with her upcoming films.

After leaving a mark of her impactful performances on television and carving a niche for herself as a bankable actor with diverse films, Radhika Madan is capturing the different mediums, set to make her OTT debut soon.

Having an interesting line up of projects ahead, Radhika Madan is set to rule the entertainment world.

Must Watch :-  GUESS WHERE WE SPOTTED RANBIR KAPOOR AND HIS MOTHER NEETU KAPOOR….?