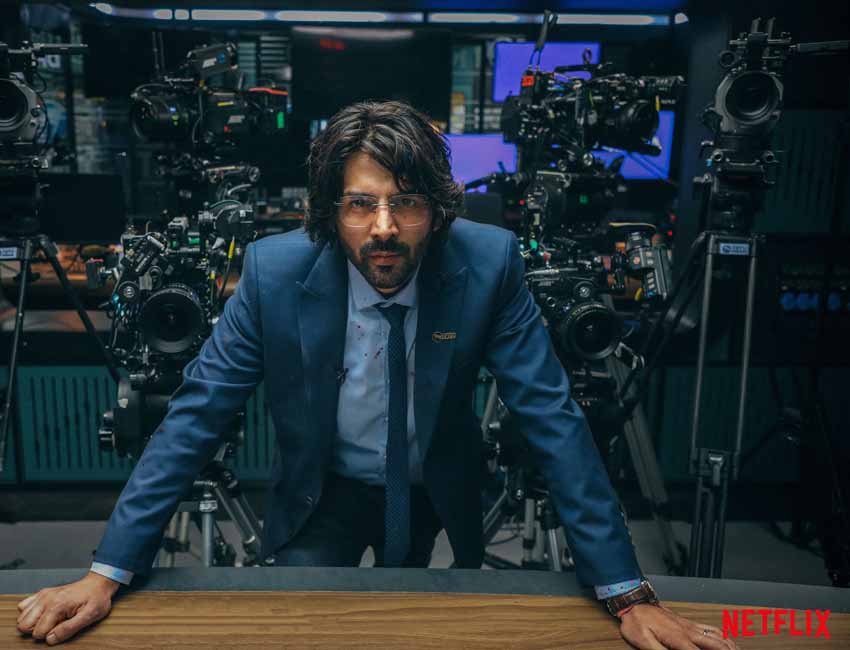 Adding to its robust film slate, Netflix today announced that it will release the Dhamaka, headlined by Kartik Aaryan. The film’s plot unfolds as a news anchor gets stuck in a situation with a mysterious bomb blast. With the series of ups and downs and events that follow, he must make a choice between his future career or the humanist in him.

Also Read :- KARTIK AARYAN SHARES A GLIMPSE FROM THE SET OF DHAMAKA AND LEAVES US IN SPLITS

Director and Producer Ram Madhvani said, “Amita Madhvani and I and our full team at Ram Madhvani Films with the team at RSVP are thrilled that our film Dhamaka will be on Netflix. We know that this is only our first step to a continuing relationship with a platform we highly respect and that will reach national and international audiences. I have been wanting to collaborate with Kartik Aaryan for some years now . And I’m thrilled he wanted to do Dhamaka. Every day Kartik gave his all to the 360 degree system with which I work. His full involvement, his passion, his precise calibration as an actor is something that I hugely respect. It would be great to collaborate with him again because he made my work better.”+

Not To Miss:- INTRODUCING AHAN SHETTY AND TARA SUTARIA IN ‘ TADAP ‘

On working with Mrunal Thakur, Madhvani said, “I feel blessed that Mrunal agreed to act in our film as a special appearance. She is the film’s moral center and she brings honesty and believability to her performance that I have had the privilege of being at the receiving end of as a director. Mrunal is a very rare talent.”

On working with Amruta Subhash, Madhvani said, “Amruta Subhash is one of those actresses whose performances you remember and note down and say “ I want to work with this actress”. I feel generations to come will remark on her acting prowess .”

Kartik Aryan, on his Netflix debut, said, “Dhamaka has been a very exciting & enriching experience for me as an actor. Working with a maverick like Ram Madhvani has allowed me to explore & showcase a new facet of my personality. I am thrilled that the film will reach audiences & my fans all around the world on Netflix.”

Srishti Behl Arya, Director- International Original Film, Netflix India said, “We are thrilled to be the home for Ram Madhvani’s Dhamaka. We want our members in India and around the world to discover and fall in love with the most diverse and entertaining films on Netflix, and we can’t wait to bring them this powerful Kartik Aryan starrer.”