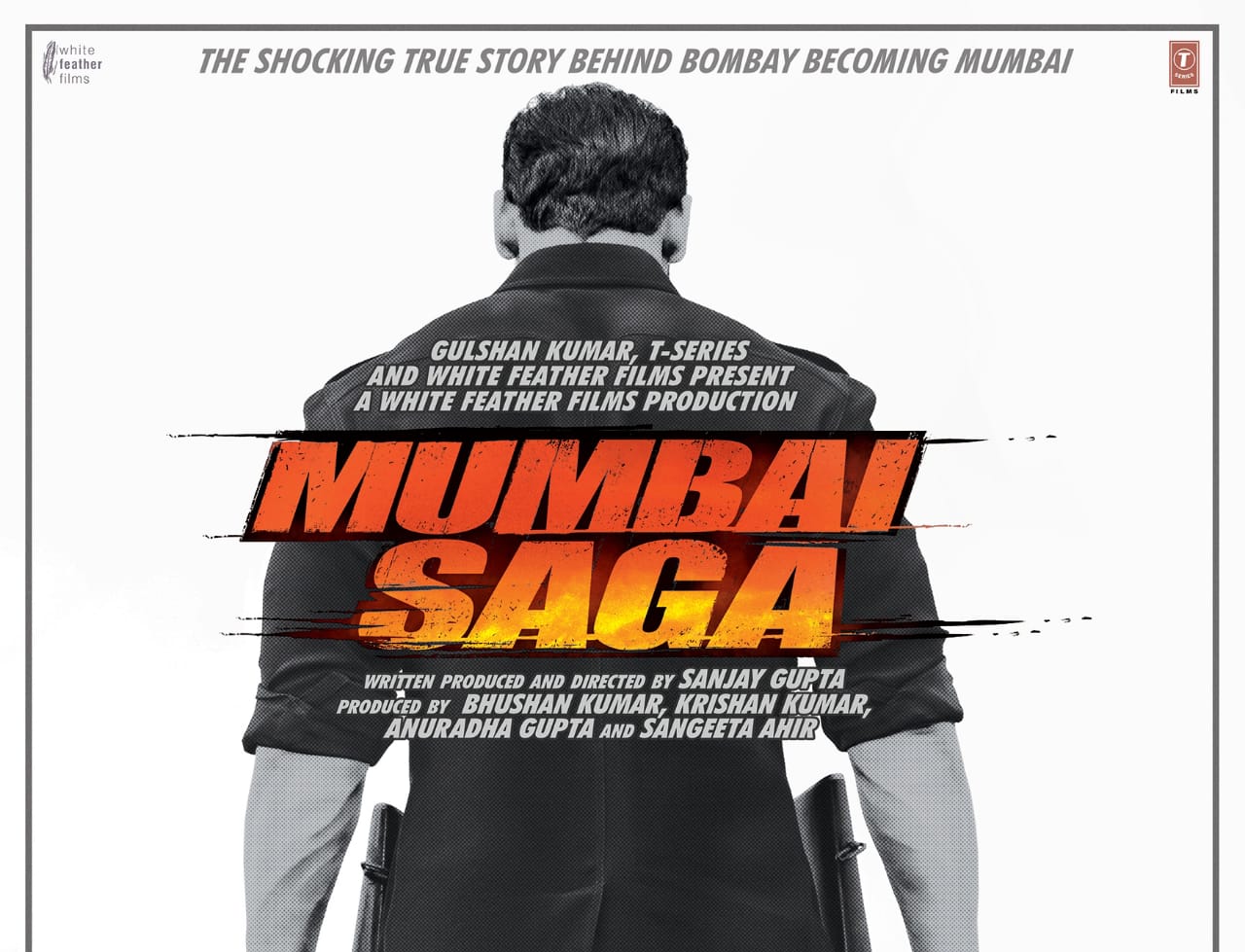 Brace yourself for the first big-ticket venture of the year. Producers Bhushan Kumar and Krishan Kumar (T-Series), Anuradha Gupta (White Feather Films) and Sangeeta Ahir, and writer, producer, director Sanjay Gupta’s Mumbai Saga will hit the theatres on March 19, 2021. Starring John Abraham, Emraan Hashmi, Kajal Agarwal, Mahesh Manjrekar, Suniel Shetty, Prateik Babbar, Rohit Roy, Gulshan Grover, and Amole Gupte in pivotal roles.
This will be Bollywood’s first big-canvas release since the lockdown was imposed in March 2020. The film which traces the journey of Bombay becoming Mumbai through its underbelly, punctuated by crucial events between the 1980s and 1990s, soaked in blood, sweat and tears, promises to end the audience’s long wait to watch a saga worth the big screen experience. The film marks Sanjay Gupta’s return to his pet genre, the gangster-drama space, after eight long years.
Not To Miss :- WHEN PRANK BACK FIRES
Talking about the decision to open in cinemas, Bhushan Kumar of T-Series, says, “As filmmakers, it’s our duty to serve the audience something worth their time and money. Films, as a medium of entertainment, have traditionally flourished in theatres. It’s time we go back to the big-screen experience. And nothing better than a grand-canvas film like Mumbai Saga, with a story that belongs to every citizen of this country. We’ve decided to unveil this venture where it truly belongs – at a theatre near you.” On his part,
Also Read :-‘ROY KAPUR FLIMS’ NEXT FLIM WOH LADKI HAI KAHAAN? TO STAR TAAPSEE PANNU AND PRATIK GANDHI
Sanjay Gupta, who has written, produced and directed Mumbai Saga, one his most ambitious and cherished films by far, says, “A year ago, when we were pushed into a space of uncertainty following the pandemic, I was certain that I had a story that everyone would love to watch on the big screen, enjoying the company of their loved ones with a bucket of popcorn. And here we are, ready to rock the cinemas with Mumbai Saga, a story that’s unlike any other.
Must Watch :- JANHVI KAPOOR PLAYS CRICKET DURING SHOOT