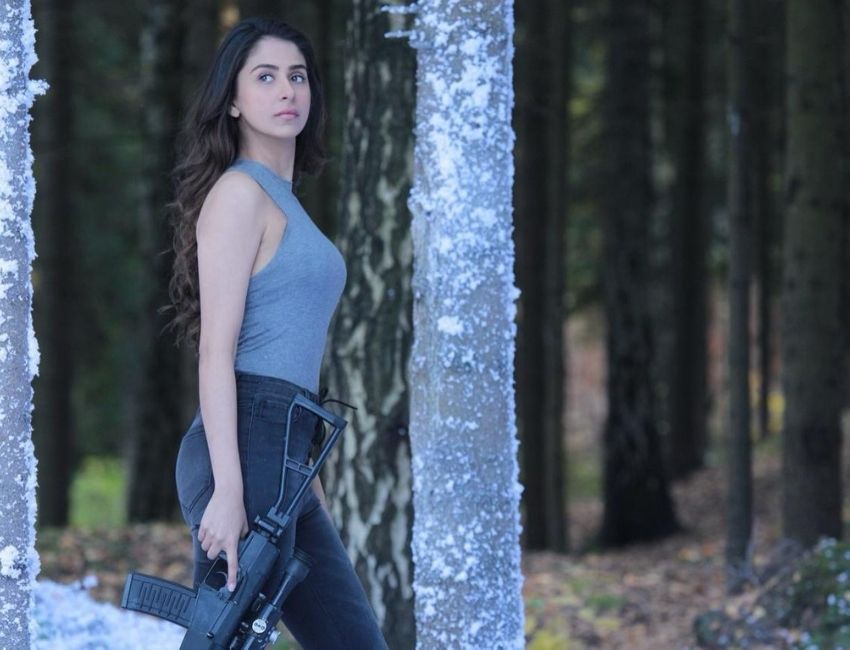 After much anticipation, here’s the first look of Malvika Raaj’s debut film ‘Squad‘ presenting the beautiful actress in an action packed avatar.

Known for her much loved and popular stint as the young Kareena Kapoor’s Poo from Kabhi Khushi Kabhi Gham, Malvika Raaj’s debut has been one of the most awaited films.

Launching her first look featuring her with a loaded riffle against the backdrop of dense woods, Malvika looks killer in every sense.

The actress has come a long way from the adorable and bubble Poo to the young and sexy fighter in her debut film ‘Squad‘.

Playing a sniper in the action thriller, Malvika Raaj has undergone extensive training with arms and weapons to ace her character.

Making her debut with Rinzing Denzongpa, Malvika will be seen performing a lot of action as well as some romance in ‘Squad‘.