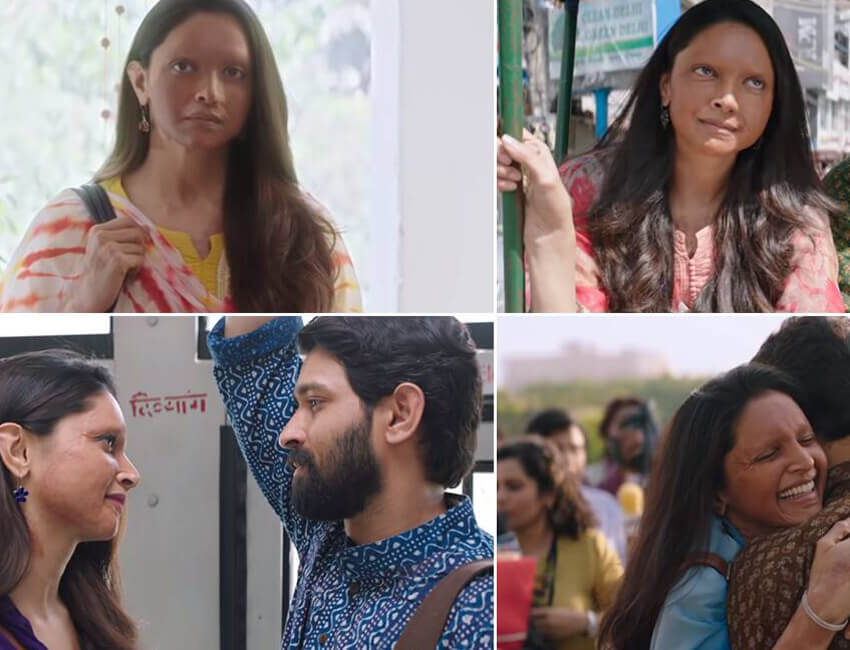 Meghna Gulzaar‘s directorial “Chhappak” has created a new wave of confidence and managed to arrest the attention of the viewers with its intriguing trailer and posters. “Chhapaak” is based on the life and struggles of an acid attack survivor. The most impactful trailer of the year leaves you worried about the rising crimes against women.

The makers just dropped in the first song of the movie titled “Nok Jhok” which is a melodious romantic song and it is very soothing to the ears. Nok Jhok” is sung by Shankar Mahadevan and his voice has added warmth to the song on a winter morning.

The song features Deepika and Vikrant Massey and revolves around the budding love amongst the fight to justice. Going by the looks of the trailer, we are sure that the Jodi will be promising and stand up to the expectations of the audiences. As the name suggests, the song highlights the sweet and sour “Nok Jhok” of Malti and Amol.

The makers took to their social media handle to make an announcement of the same.

The film’s teaser was unveiled a few days back and it is sure to leave you spellbound with its factual presentation, an intense look of the actors and unparalleled – heartwrenching storyline.