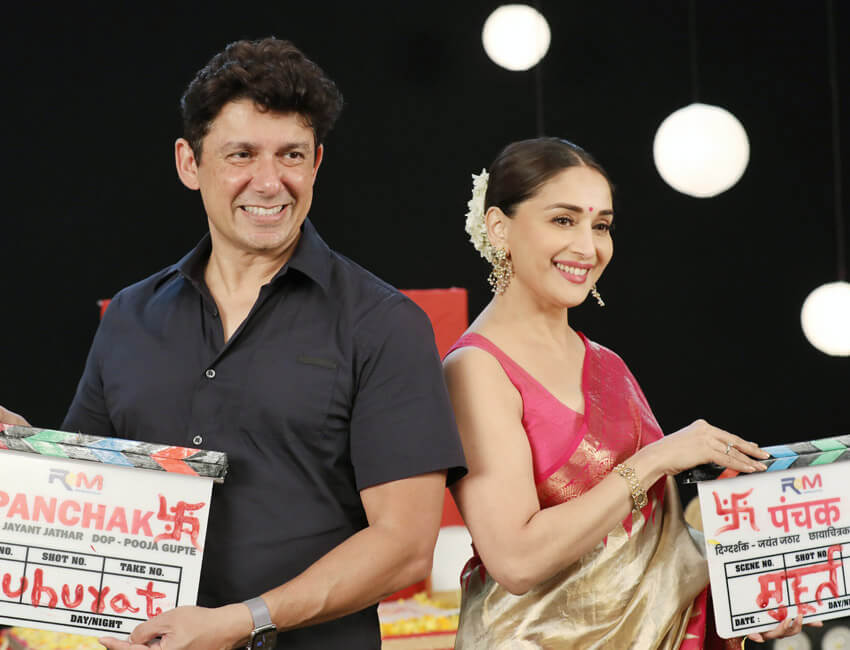 After producing their first film, “15 August” under their banner, R&M Moving Pictures, which went on to launch as a Netflix Original, Madhuri Dixit Nene and Dr. Shriram Nene have announced their next production titled ‘Panchak’.

Set in a small village in Konkan (Maharashtra), it is a comedic take on the fear of death, taboos, and superstition.

Commenting on the same Madhuri said, “The film revolves around a family, their beliefs and superstitions which lead up to some hilarious situations. Slated as a family comedy, it will tickle everyone’s funny bone.”

Adding further, Dr. Shriram Nene said, “The idea of Panchak is very simple. Superstitions can overwhelm us, and drive us to unreasonable fear, putting us in absurd situations. We are very excited about producing this movie and have worked hard to assemble an outstanding cast and crew and will hopefully give audiences a much needed dose of humor.”