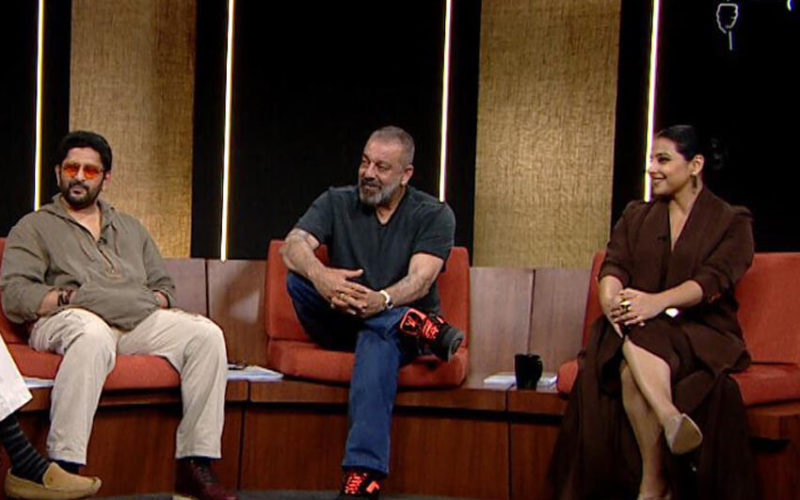 Superhit film of the decade ‘Lage Raho Munna Bhai‘ is all set to revive your memories along with the stellar star cast Sanjay Dutt, Vidya Balan, Arshad Warsi for New YouTube Originals on the account of Gandhi Jayanti.

Along with ‘Munna Bhai‘ and ‘Circuit‘, Boman Irani and Dilip Prabhavalkar will also be the part of this YouTube original. The actors have recently shot for a video that will have them discussing the genesis of Gandhigiri in the film Lage Raho Munna Bhai.

It may have been over a decade to the release of Lage Raho Munna Bhai (2006), but the concept of Gandhigiri continues to dominate public sentiment. So when the special segment was getting planned on Gandhi Jayanti, the team decided to turn to the cast of the comedy which is none other than Sanjay Dutt, Vidya Balan, Arshad Warsi, Boman Irani, and Dilip Prabhavalkar.

After 13 years the ‘Lage Raho Munna Bhai‘ magic will be seen again and it is going to be an enchanting treat for all the ‘Munna Bhai‘ fans out there as they would see the Munna Bhai-Circuit Jodi together interacting on the same platform.

Makers were approached for the idea of getting Munna Bhai actors together for a special chat. When the actors heard of the idea, they were more than happy to come together and reminisce about the movie. They recently shot for the impromptu chat at a suburban studio in Mumbai.

During the chat, the actors discussed how the success of Lage Raho Munna Bhai went beyond their wildest imagination and how the film continues to be remembered for its central theme of Gandhigiri and non-violence.

The video will be uploaded by the actors as well as the broadcasting company on their respective social media handles on October 2.