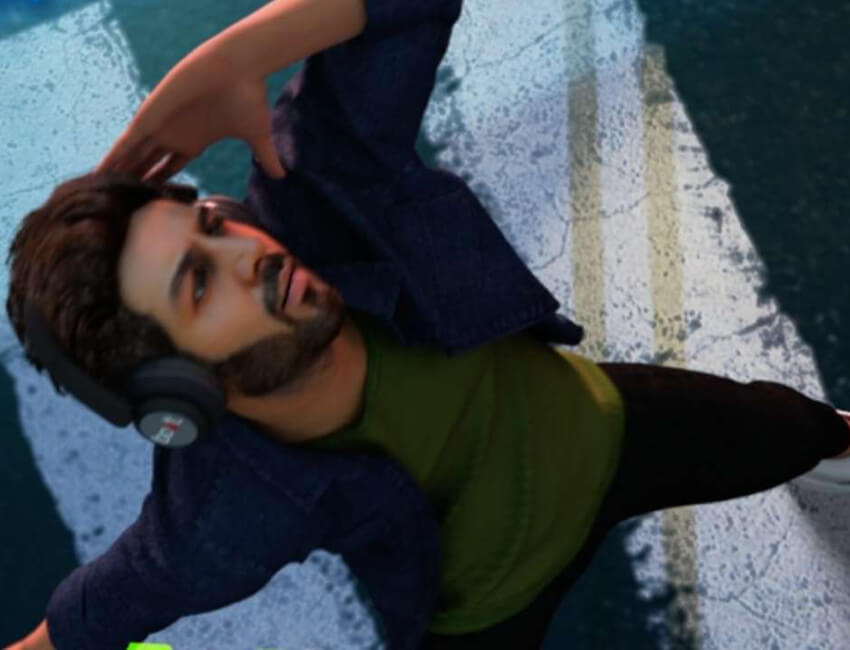 Kartik Aaryan loves to entertain and surprise his fans and at the same time challenge himself. The young actor who has massive mass following nationwide always makes sure that he does something new to please his fans and serve them entertainment like no one else. The actor is all set to step into the music-video scenario and the heartthrob of the nation has made sure to rock it with a twist.

Also Read:- Kartik Aaryan Bowls Us Over With His Intense First Look Of Arjun Pathak From Dhamaka!

Kartik Aaryan makes sure that his debut music-video is unforgettable and goes down the history. The actor in collaboration with T-Series and Om Raut has done something unexpected with this one. His music video Nachunga Aise sees him in a digital avatar and this surprises everyone as we have never seen something like this before. This is the first time a Bollywood actor gets a digital version of himself as Arya for a music video. He released the teaser on his social media with the caption saying,

Unlike the other music videos, this one comes as a breath of fresh air and surely it is at its entertaining best. The whole newness that the actor brings for us to watch is exceptionally commendable. It is the actor’s first collaboration with Om Raut and the song is sung by Millind Gaba. Whether it is his movies, his chat show and now even his music video, the rising superstar always makes sure to do something different and exceeds everyone’s expectations. We love this youth icon’s passion and his dedication for everything he does. Hats off!