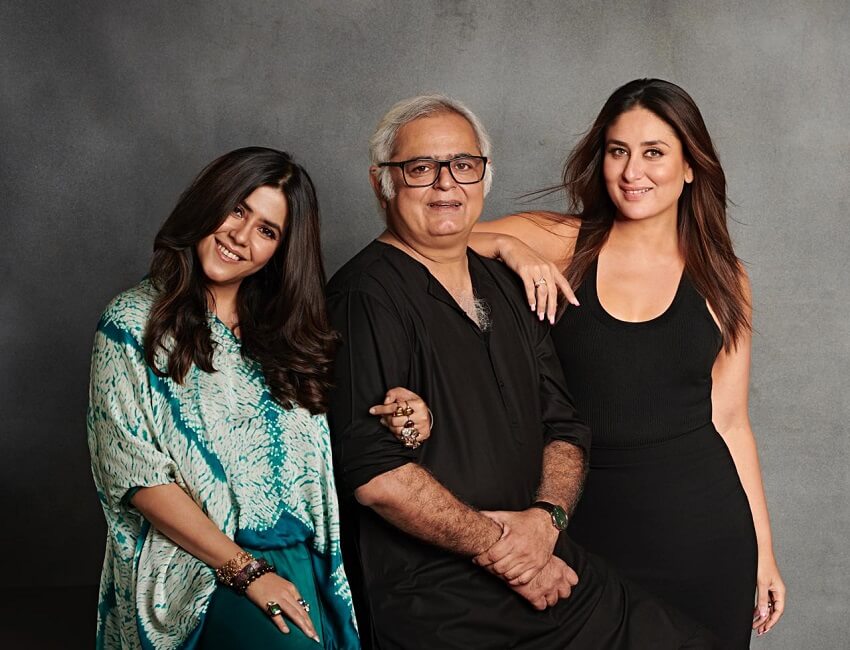 Amongst the most game-changing stars of our times, Kareena Kapoor Khan, is all set to turn producer for the very first time with a slick, edgy, new-age thriller. In collaboration with Ekta Kapoor’s Balaji Telefilms, the yet-untitled film will be directed by Hansal Mehta, who after the success of Scam 1992, has cemented his position as one of the industry’s most critically & commercially acclaimed directors.

This collaboration marks the coming together of two strong female voices, Ekta Kapoor and Kareena Kapoor Khan, both of whom have paved their own paths and shattered stereotypes to write their own rules.

Interestingly, while the blockbuster ‘Veere Di Wedding’ was Kareena Kapoor Khan’s first film after the birth of her son Taimur, this film will be her first after her second baby, incidentally, both being produced by Ekta Kapoor’s Balaji Telefilms.

ALSO READ: Kartik Aaryan to play a pilot in RSVP and Baweja Studios’ next titled “Captain India“, to be directed by Hansal Mehta

Inspired by a true-life incident, the story is set in the UK and is scheduled to go on floors soon.

Producer Ekta Kapoor of Balaji Telefilms says, “Kareena Kapoor Khan is a dynamite combination of star power and talent. We last worked together on ‘Veere Di Wedding’ which was probably the biggest hit headlined by a female star. The second time’s always a charm and I’m confident this one too will excite the audiences. To have Hansal Mehta, one of the most prolific filmmakers of our times tell this story makes it all the more exciting! Get ready for one of the most intriguing and shocking mainstream films thus far!”

Filmmaker Hansal Mehta says, “Our aim with this film is to create a fresh, gripping and moody thriller with Kareena playing a character that I am hoping will do justice to her immense talent as an actor. I look forward to venturing on this journey with Ekta & Kareena, both of whom have accomplished so much in their respective careers and are absolute powerhouses.”