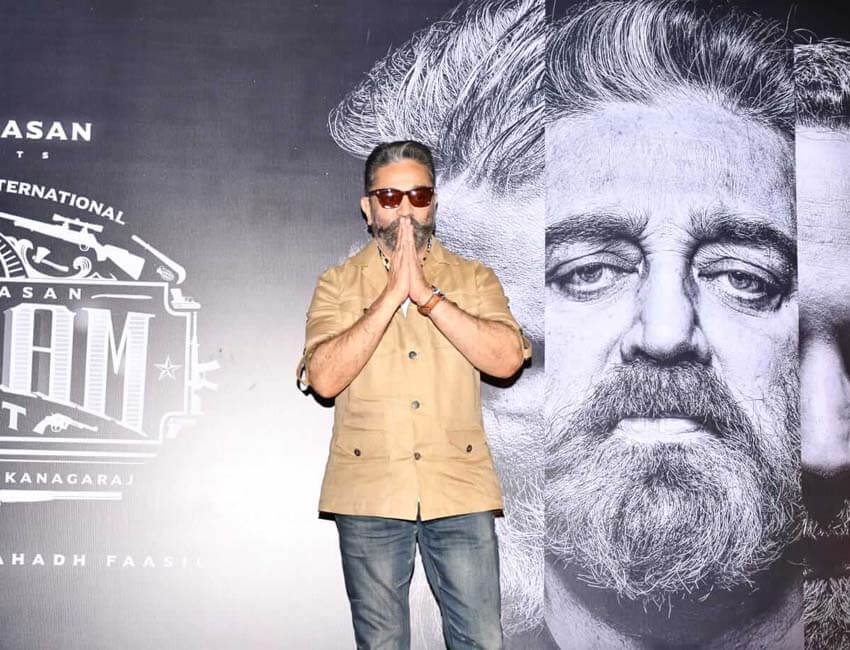 Superstar Kamal Haasan is on a promotional spree for the forthcoming action thriller ‘Vikram Hitlist’. The makers visited the capital of India and interacted with fans and media.

The buzz for Kamal Haasan starrer Vikram Hitlist has been transcending since it was announced, the team has been out with massive promotions visiting various cities like Delhi, Cochin, Mumbai, and other cities for promotions. The excitement level is soaring high as we get closer to the release date.

When asked about taking on regional differences in the north films and south films and Kamal Haasan Sir replied, “ I am an Indian and that’s what matters”, he also mentioned during the press conference that taking utmost care while shooting action movies is extremely necessary.

The film recently released received a U/A certificate from the Censor Board and is all set to get the audience on the edge of their seats on 3rd June.