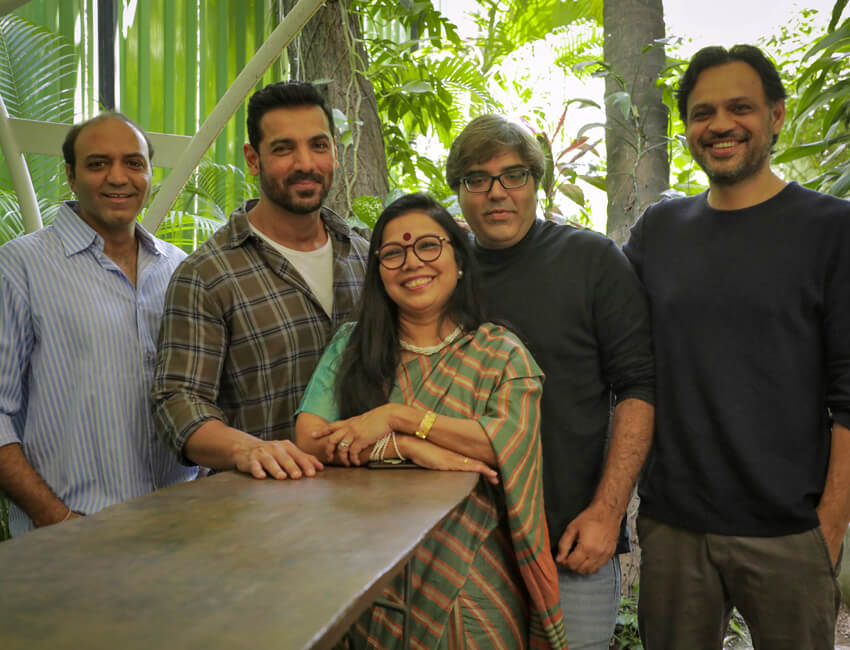 The story of the film has been adapted from the book ‘Who is Revathi Roy’ by Swati Lodha.

Early in her enterprise, Revathi made an incredible decision that would defeat every possible stereotype, social and financial, about women, business and women in business. She decided that her staff would consist only of women who were Below Poverty Line.

Today Roy, who was in the list of Fortune India’s most powerful women in 2019, has trained and empowered many such women enabling them and their families to live a life of dignity and financial independence.

“I’m very happy that we are producing this very upbeat story that combines the best of entrepreneurial twists with an extremely dramatic personal life. Revathi’s journey is that of a vivacious, funny, full of life, spirited woman who despite all odds has risen like a phoenix and has been continuously working towards empowering underprivileged women. It’s a story that we just HAD to tell and who better to do that with than Robbie.” – says producer John Abraham.

“Revathi’s life is full of crests and troughs and dramatic twists and turns. We usually see stories about how people rise from rags to riches; Revathi went from riches to rags to a revolution! It is an honour to be able to tell the story of such a heroic and courageous woman.” – says Robbie Grewal, the director, and producer.

Says Revathi Roy,” I’m very happy that John, Robbie, and Anil have come together to tell a story which is not just my own but of every woman who was given a chance. Women are born fighters and an opportunity given to them never goes waste. All we need to provide is an ecosystem for them to flourish. In a small way, that is what my team and I have done.”

“Revathi has fought not just the harshest realities of life, but also the deeply patriarchal notion that ‘women can’t drive’. Her business model itself defies this mindset by training thousands of marginalised women to drive, thereby setting them on a path of liberation and financial independence,” says producer Anil Bohra