Jayeshbhai is an unlikely hero!’: Ranveer Singh and YRF launches the first look of the hugely anticipated film Jayeshbhai Jordaar 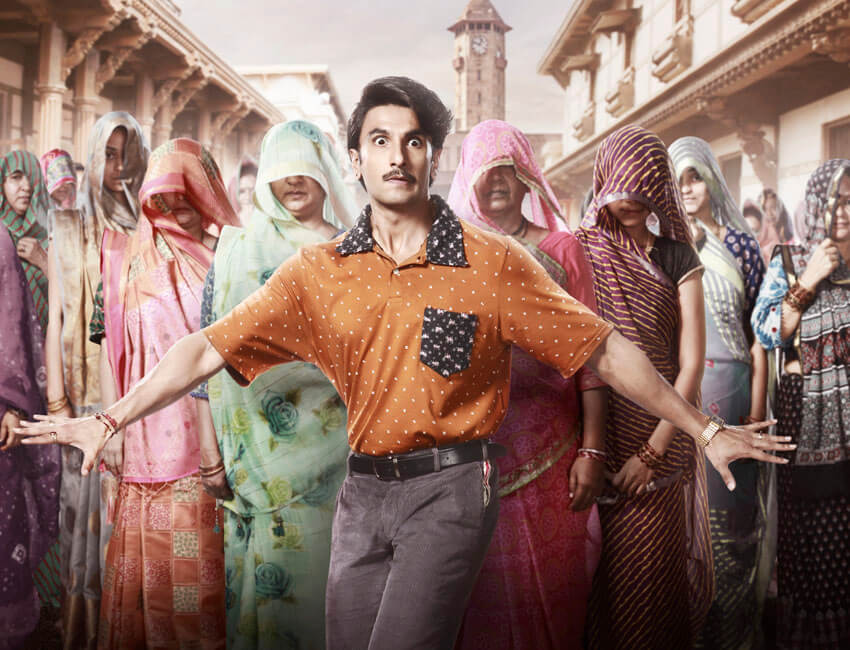 Ranveer Singh and Yash Raj Films are coming together on what Ranveer has called ‘a miracle script’ penned by debutant writer-director Divyang Thakkar. The first-timer is directing Ranveer in a humourous entertainer set in Gujarat and the superstar will be seen playing the role of a Gujarati man for the first time. Naturally, the anticipation to see the first look of Ranveer from the film was immense.

In the still, Ranveer is seen to have visibly transformed himself again, shedding many kilos and he looks unrecognizable as a Gujarati man who is definitely trying to protect the women standing behind him. He isn’t the alpha hero as played by leading men in Bollywood and from the first look, it is obvious that the film will champion the cause of women empowerment.

“As Charlie Chaplin once said, ‘To truly laugh, you must be able to take your pain, and play with it!’. Jayeshbhai is an unlikely hero – an ordinary man, who ends up doing something extraordinary when he’s hurled into a threatening situation. Jayeshbhai is sensitive and compassionate. He believes in equal rights between men and women in a society that is deeply rooted in patriarchal ideals, practices, and doctrines,” Ranveer reveals about his character.

He adds, “Jayeshbhai presented an exciting challenge – to deconstruct myself in order to transform into a kind of character I’ve never inhabited before.”

Ranveer has stamped his superstardom with his incredible body of work. He’s been consistently collaborating with all the top film-makers of the country and has also been displaying exceptional script-sense in selecting projects. He has instinctively backed stories like Padmaavat, in which he wowed the world with his portrayal of an anti-hero in Alauddin Khillji and extended his extraordinary range in Gully Boy, a content film that went on to become a blockbuster. Today, he has amassed nationwide love as an actor across all demographics. So, naturally, when Ranveer decides to back a rank new-comer, one can assume that Divyang is a very special talent to watch out for.

The versatile actor showered heaps of praise on his director. “Divyang has poured his soul into this brilliant piece of writing that will nudge you to introspect whilst making you smile and laugh the entire time,” he says.

The film is being produced by YRF’s homegrown producer Maneesh Sharma, who also discovered Divyang. Maneesh says, “Ranveer is fearless when it comes to inhabiting a role and has continued his risk-taking behavior, eschewing his looks for his character’s needs. For Jayeshbhai Jordaar, Divyang had the vision of a protagonist that went against the cloth – a hero that isn’t necessarily hyper-masculine or Alpha. This faith in the director’s vision and the self-confidence of going against your “image” is what makes Ranveer a filmmaker’s delight and one of India’s biggest stars – not just commercially but critically as well.”