It’s a schedule wrap on Junglee Pictures’ Badhaai Do’ and looks like it is Pawri Time! 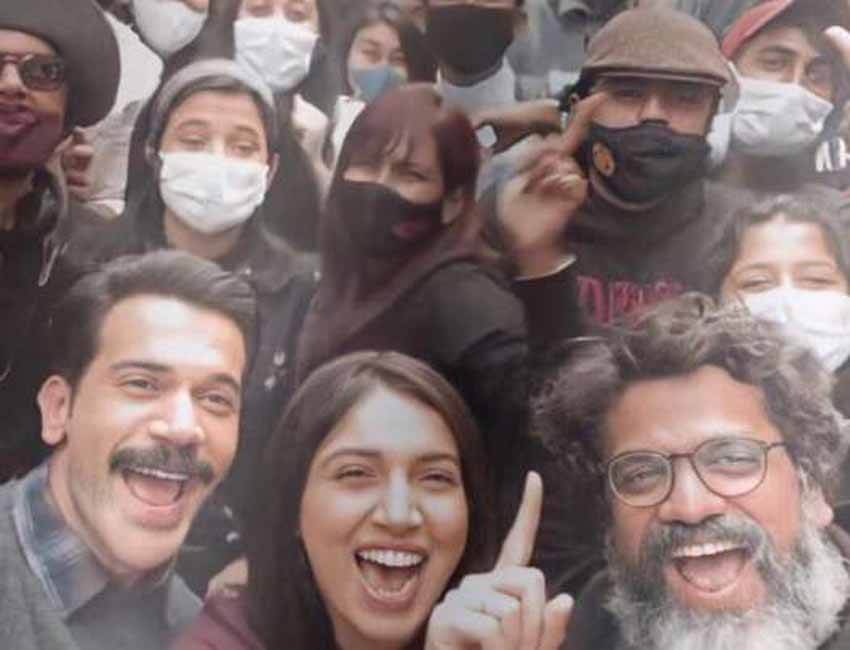 Junglee Pictures’ ‘Badhaai Do‘ just wrapped up a schedule of the film and it’s only right to have celebrations and rightly so Rajkummar Rao and Bhumi Pednekar along with the director and crew have hopped on to the #Pawri trend.

Not To Miss :-ANKITA LOKANDE HOSTS A PARTY FOR HER BROTHER AT HOME

Badhaai Do is a part of the same franchise as the National Award Winning film of 2018, Badhaai Ho starring Ayushmann Khurrana which was also much loved by the audiences and critics alike.

Rajkummar is essaying the role of a cop for the first time, and to look the look he has grown a moustache and built the physique his character demands while Bhumi will be seen playing the role of a PT Teacher. The schedule was an extensive one for the actors as they were shooting in Mussoorie and Dehradun for almost two months.

Badhaai Do is produced by Junglee Pictures, helmed by Harshavardhan Kulkarni and written by Akshat Ghildial and Suman Adhikary.