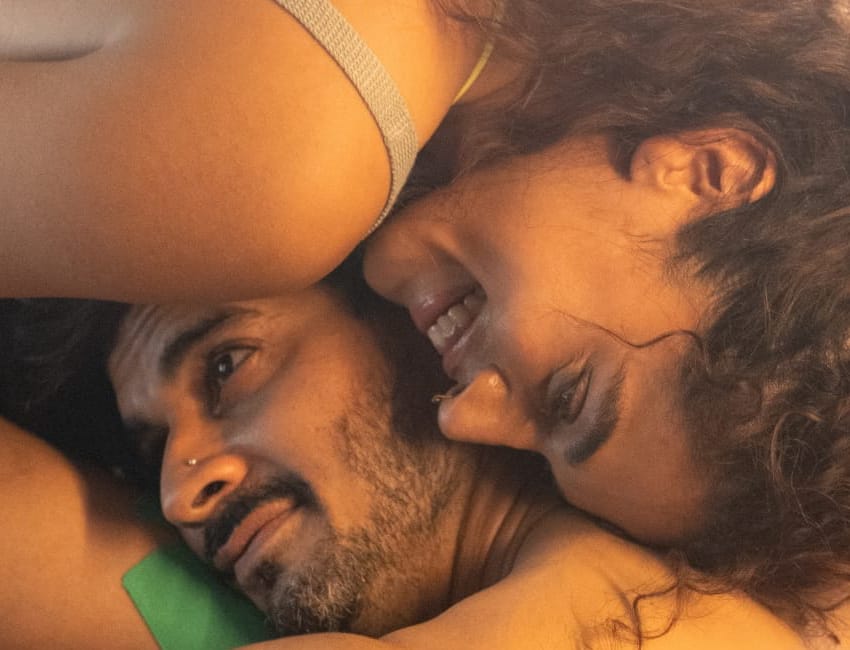 Acclaimed actor Tahir Raj Bhasin is exploring the romantic genre for the first time with his next, Looop Lapeta. The actor has been cast opposite Taapsee Pannu, a really fresh pairing on screen that Tahir hopes the audience will love. Incidentally, Taapsee will be his first ever heroine and Tahir is cherishing this fact.

“Taapsee is very committed to the script and since carving out Satya and Savi’s romance is such a central part of Looop Lapeta, we were both geared to breaking the ice as soon as possible. She has an incredible charming energy and a very contagious smile. Right from our first look test together, I found it effortless to make a connection and work with her,” says Tahir.

Not To Miss :- BHAKTIYAR AND TANNAZ IRANI FUNNY VIDEO

The two talented actors bonded over coffee, healthy desserts and workout routines while shooting Looop Lapeta. They have just wrapped the film in Goa and Tahir reveals how the two spent time during breaks.

“The Goa schedule was incredible, just being away from the city where we had all been under lockdown through most of last year was a massive relief. A lot of the romantic portions of the film were shot there including a scene where we kissed while being suspended 10 feet up in the air using cables! It was a romantic stunt. Our off days were spent on the beach close to our locations in old Goa, exploring the amazing sea food and bonding with the crew,” informed Tahir.

Tahir decodes the USP of his pairing with Taapsee. He says, “I’d say rawness and a crazy unpredictability. A romantic lead pair is like a dance duet and having Taapsee to playoff is an electrifying feeling on set. I anxiously await to see audience reactions to this soon. Satya and Savi’s romance shuttles between this mad attraction and visceral implosions; precisely what makes the pairing so magnetic, comic and yet relatable.”

Tahir burst into Bollywood with his brilliant anti-hero avatar in Mardaani. Now that he is trying his hand at being the quintessential Hindi film romantic hero, we asked him to reveal which he loves doing more. He says, “I’m someone who likes to live and savour the moment. I’ve enjoyed anti-heroes and playing shades of grey in the past but for now I’m having a blast exploring the romantic heroes journey.”