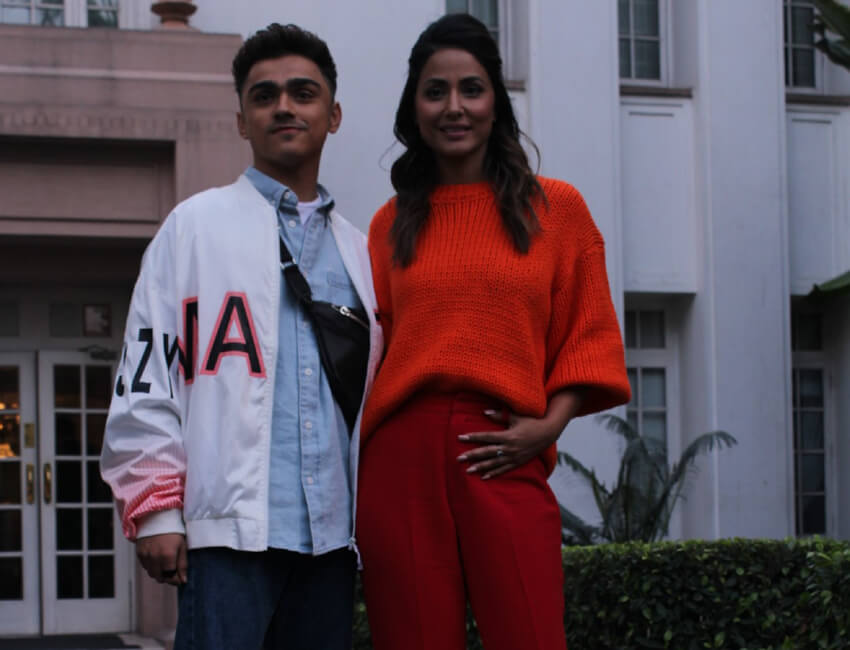 While talking to media, Hina Khan spoke about her experience of shooting and why she chose this movie for debut ” I am very nervous for the release. I chose this subject for my debut because people should take something back from the movie. More people should come out and speak about the stalking. While I was reading the script many incidents came in front of me and I personally felt that everyone should realize that cybercrime is a serious issue. “

Rohan shared his experience of shooting with Hina and preparation for the role of a stalker, ” I am very lucky that I got to work with such a talented co-star and great director. To portray a character it is very important to understand the reason behind his behavior. I first found out why the person is committing such a serious crime of hacking and then it was more easy for me to act.“