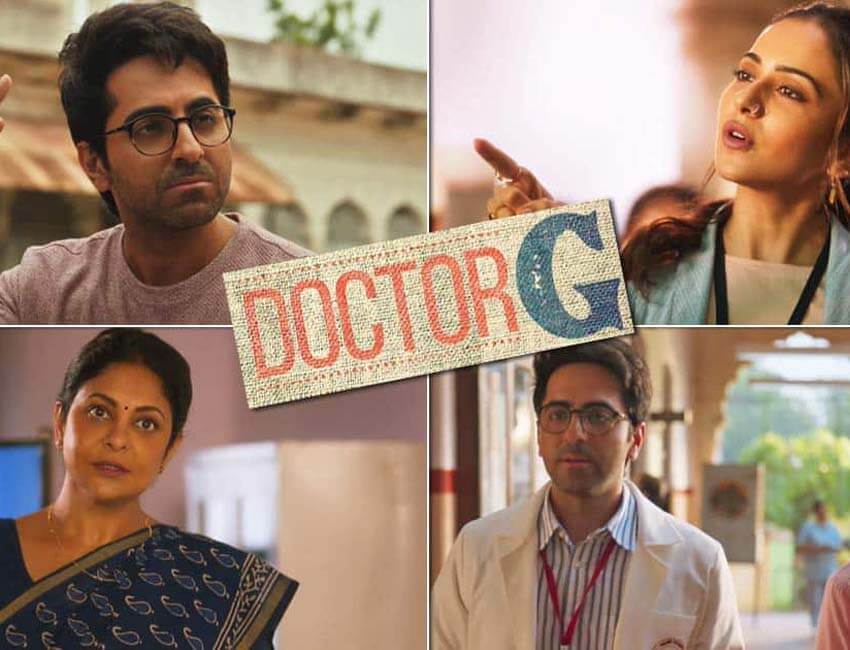 Having left the masses talking about it after its Intriguing poster, Junglee Pictures’ is here with the trailer of its upcoming medical campus comedy-drama ‘DOCTOR G’ headlined by Ayushmann Khurrana, Rakul Preet Singh, and Shefali Shah. Being yet another unique and engaging story by Junglee Pictures, Doctor G will see Ayushmann essay the role of a gynecologist for the very first time in his career directed by Anubhuti Kashyap.

The trailer says it all that ‘DOCTOR G’ will take the audiences through an interesting and fun-filled journey of a hopeful orthopedic who turns gynecologist and the struggles he faces being the only male doctor in a class full of women. With a plot of how a man navigates his way into a woman’s world, this high-on-comedy drama highlights a riveting subject in a light-hearted manner.

While Ayushmann Khurrana has been instrumental in bringing many taboo subjects to the big screen in his career spanning a decade, ‘DOCTOR G’ pushes the envelope with a fresh and humorous trailer showing him in a never seen before avatar that guarantees to entertain the audiences as he navigates his life with his professors and fellow classmates.

The actor this time around is joined by powerhouse performer Shefali Shah, the coordinator of the medical college, Rakul Preet Singh who plays his senior in the film, and Sheeba Chaddha playing the role of his mother what’s interesting to witness is the dynamics shared between the ensemble cast with situational comedy and top-notch performances.

Amrita Pandey, CEO of Junglee Pictures says “Doctor G was a script which fit so well in the Junglee Pictures slate, and we hope this clutter-breaking trailer will get audiences to come to experience this campus comedy-drama in theatres. Anubhuti, the writers, the crew, and the powerhouse talent of Ayushmann Khurrana, Shefali Shah, and Rakul Preet have brought this story alive so well”

Anubhuti Kashyap, Director says, “Doctor G is a coming-of-age comedy-drama set in a medical campus and is a compelling and hilarious look at a male gynecologist surviving an otherwise female-dominated world. Ayushmann Khurrana has done an amazing job essaying the role of Doctor Uday Gupta. He along with Shefali Shah and Rakul Preet Singh has brought so much to their individual roles that can make one relate to these characters and situations. The film addresses gender stereotypes in his personal and professional life enveloped in comedy and is something that will appeal to young-India.”